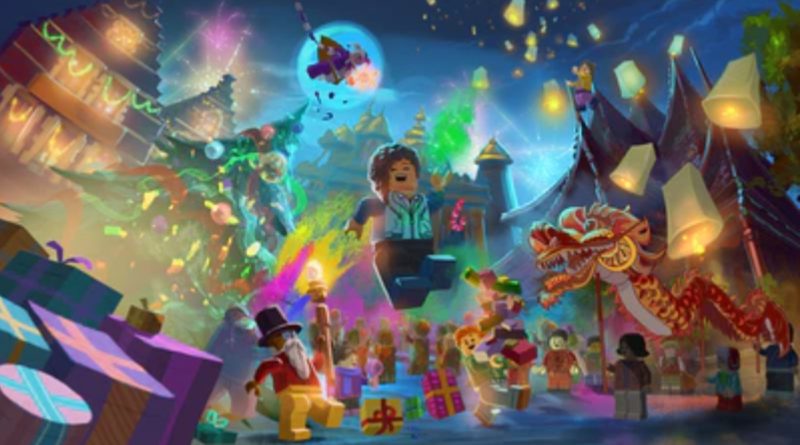 As part of the LEGO World Builder ‘Now in Development’ webpage, new artwork for the upcoming holiday special has been revealed.

It seems that the development of the LEGO World Builder Holiday Heroes project from Eddy Beals is coming along well as new artwork for the upcoming special has been revealed, but admittedly in low quality.

The special was announced at the start of 2021, with no word on it since. However, the provided artwork, which can be found on the ‘Now in Development‘ portion of the website, reveals updated designs for the characters that were first shown as well as a first look at which holidays will be represented.

As for minifigures, the Jester and girl from the first artwork are still present, the latter of which has received a new haircut thanks to an existing piece. Surrounding the pair are a variety of other characters, including a bearded man with a staff and top hat and a minifigure carrying a stack of presents.

To the left, a Christmas tree can be seen with pyramids in the background, likely representing another holiday as fireworks explode above them. A large structure can be seen at the back, as well as another building to the right with a dragon and lanterns to represent the Chinese New Year.

Nothing has been officially announced regarding the upcoming Holiday Special, but this new artwork’s presence on the official website may be suggesting that production is coming along. LEGO World Builder is also helping with the development of a long-form animated LEGO video inspired by Anime, with a design project looking for concept art.