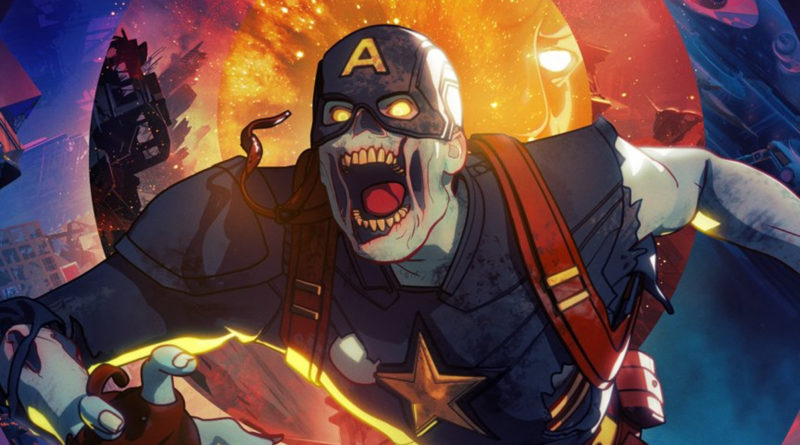 The rollout of weekly posters for Marvel’s What If…? goes on, showcasing another option for the undead LEGO minifigure in 71031 Marvel Studios.

Ahead of the fifth episode of Marvel’s What If…? on Wednesday, September 8, Marvel has released a new pair of posters teasing characters that will feature in the episode, but these alternate superheroes are a bit more undead than usual.

The next instalment of What If…? is now confirmed to be the expected chapter based on Marvel Zombies, which will feature Zombie Captain America, who is both featured on the left poster and in 71031 Marvel Studios. However, another brain-seeking Avenger was revealed alongside him, as an alternative option for the LEGO Group to have taken in the Collectible Minifigures series.

Hawkeye has been unveiled as one of the unlucky heroes who fell to the undead outbreak. His artwork shows a similarly torn suit to the one that captain America wears with pale skin and bone showing beneath the skin.

With the character confirmed as a zombie, Hawkeye could have taken the place of Steve Rogers in 71031 Marvel Studios, but his comparatively gruesome design may have been what stopped the LEGO Group from picking him for the slot.

Either way, the first series of Marvel Collectible Minifigures is available now and you can read our in-depth review of all 12 minifigures to get a sneak peek at the character designs that we’ll see in this week’s episode, including Zombie Hunter Spidey. For a rundown on what Marvel Zombies is, we’ve got a guide for that too.