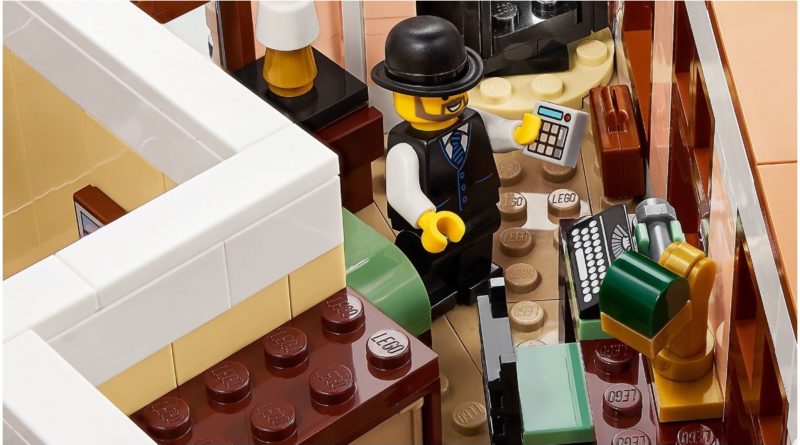 10297 Boutique Hotel is the latest addition to the LEGO modular buildings line, but its big price raises big questions about its value for money.

The newest modular building is the 17th entry in the range, and celebrates 15 years of modular buildings (the first two came out in the same year, in 2007). This means we’ve got plenty of other sets to compare it to, and not all of these comparisons are necessarily flattering.

At first glance the Boutique Hotel is either a steal or a scandal, particularly when compared to other models. The last modular building was 10278 Police Station; released in early 2021, it retails for £169.99 / $199.99 / €179.99 and includes 2,923 pieces. On balance that’s good value for money, considering the part counts are relatively close together.

However, it features a significantly larger footprint and piece count than other modular buildings. It’s built over both a 32×32 baseplate and a 16×32 baseplate (echoing sets like 75827 Firehouse Headquarters, released the year before) with 4,002 pieces used in its construction.

From that perspective, 10297 Boutique Hotel can seem like a tough ask. However, we also need to factor inflation into our assessment. According to the Bank of England’s inflation calculator, 10255 Assembly Square would cost approximately £194.00 if it was first released in 2020 (2021 records aren’t available through this tool yet). Similarly, this US inflation calculator puts the set’s modern-day price at $315.94, and its European price would be €251.20.

In light of this, 10297 Boutique Hotel (and 10255 Assembly Square) is starting to look like a slightly fairer deal. However, considering sets like 10270 Bookshop cost significantly less for a similar footprint, is this recent trend upwards in Modular Buildings price worth it?

That’s something we have to decide on an individual basis, but we can think about 10297 Boutique Hotel’s unique selling points. The individual components are high on that list; there’s a lot of elements in desirable colours here, including sand green and light nougat. While the former has appeared across standard LEGO elements for over two decades, the latter has been confined to minifigure elements, such as heads and torsos. If you’re a custom builder, a set like 10297 Boutique Hotel will be very attractive indeed.

The specific element shapes may also be appealing. A number of new inverted slopes (which first appeared in 10278 Police Station) appear in this set too. Although the sand green colour may be limiting, this is still a versatile element for people to use.

The geometry of the set as a whole is another point of differentiation. While building techniques in modular buildings continue to evolve, most of the main structures are pretty boxy. 10297 Boutique Hotel features an unusual geometry; its acute angles offer visual interest and some real novelty, even if interior space takes a necessary hit.

That leaves us with one question; is this new modular building worth the money? On balance, it probably is. 10297 Boutique Hotel is roughly in line with 10278 Police Station in terms of price and piece count, while sets like Assembly Square should be considerably more expensive by today’s standards. That said, you may still be justified in holding off on a purchase.

Modular buildings have always been some of the more expensive and desirable LEGO products. Like LEGO more generally, we’ve seen their price, part counts and complexity creep upwards over the years. While you’re certainly getting good value for money, it’s still a lot to spend up front, regardless of region. Even if modular buildings remain highly collectible, we don’t blame anyone for putting their foot down at this point in their lifespan.

You can find the currently available Creator Expert sets on LEGO.com. 10297 Boutique Hotel is scheduled for release on January 1, 2022; don’t forget to read our review of the set for more information, and check out our breakdown of references that the hotel contains.