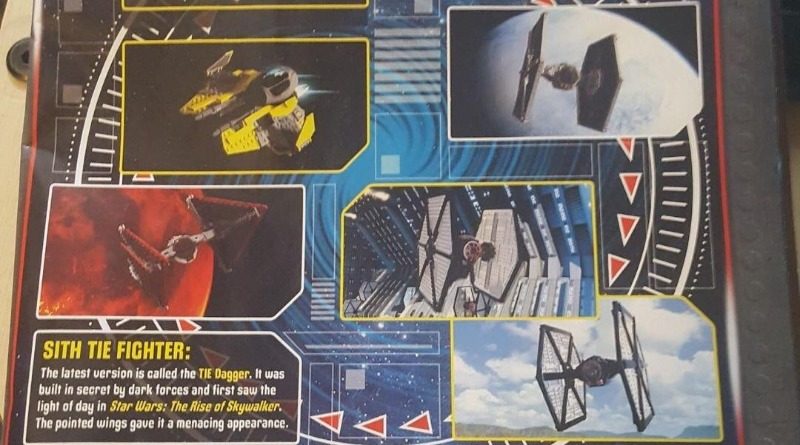 Information on TT Games’ powerhouse Star Wars sequel has been scant since its original announcement in June 2019. The initial teaser trailer was followed by a sizzle trailer last December, before a full trailer finally debuted at Gamescom in August.

At the same time, we learnt that the game has unfortunately been pushed back to spring 2021. That means proper gameplay footage is likely a ways off yet, but we can at least be content with new screenshots in the meantime.

Not that these screenshots show a whole lot. In fact, they’re essentially just images of official sets rendered in-game. But they do at least give us a glimpse of the improved graphics the game will offer, and they look pretty sweet.

The LEGO Star Wars magazine has used the images (h/t sjsjdjd–) to illustrate the in-universe evolution of the TIE Fighter, from 75281 Anakin’s Jedi Interceptor to 75272 Sith TIE Fighter. And as the page reiterates, you’ll be able to fly all of these vehicles in-game. We wouldn’t expect anything less from a game covering all nine mainline Star Wars films.

LEGO Star Wars: The Skywalker Saga is set to launch in spring 2021. Make sure to check out our pre-order guide, which will help you navigate the game’s various different versions – including its deluxe edition, which comes bundled with 30625 Luke Skywalker with Blue Milk.