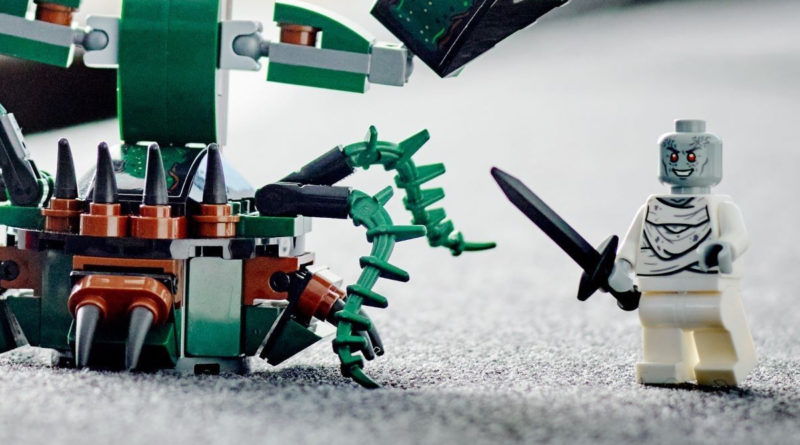 An interview with Thor: Love and Thunder director Taika Waititi has shone a light on some of the film’s design changes – which LEGO fans can compensate for.

Thor: Love and Thunder is a highly anticipated new entry in the Marvel Cinematic Universe. Focusing on the titular God of Thunder, it sees Thor and his friends embark on a new interstellar adventure. It also features a brand new villain in the form of Gorr the God Butcher, who is played by Batman actor Christian Bale.

Like most MCU characters, Gorr has featured in a few Marvel comic books before now. However, his movie version underwent some slight changes in appearance. In an interview with IGN, Taika Waititi explained he tweaked Gorr to differentiate him from Harry Potter villain Lord Voldemort. Both characters lack prominent noses in their original versions – and given the ubiquity of Harry Potter over the last few years, it’s understandable why a connection between the two characters would presumably be made by fans.

Gorr is a surprisingly recent addition to the Marvel universe, making his comics debut in early 2013. It’s unclear if his creators unwittingly took inspiration from Voldemort; we’re chalking to up to a cosmic coincidence.

If you do want a more comics-accurate Gorr, LEGO fans can make one pretty easily by borrowing a LEGO Voldemort head. A variety of Voldemort minifigures can be picked up on the secondary market very cheaply. It may be worth getting a complete minifigure rather than just the head, as LEGO Gorr and LEGO Voldemort have different complexions.

If you’re happy with the new flavour of Gorr, he can be found in 76207 Attack on New Asgard and 76208 The Goat Boat. Both of these LEGO sets are available for purchase, with the film that inspired them hitting cinemas this week.