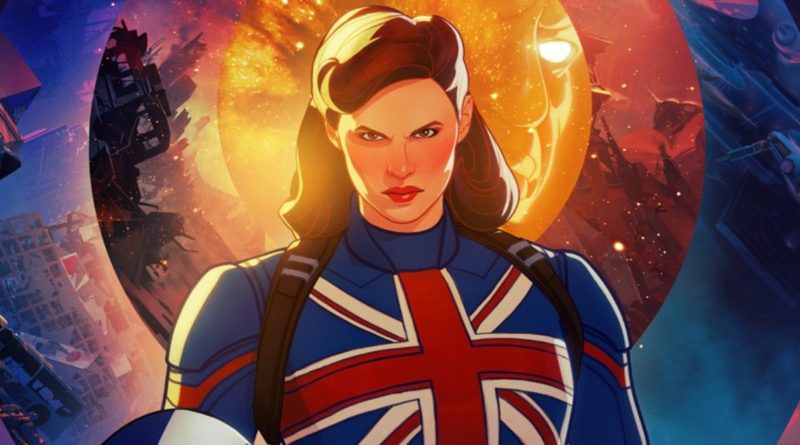 Two new posters for Marvel’s animated What If…? series have revealed the inspiration behind one of this summer’s LEGO superhero sets.

76201 Captain Carter & The Hydra Stomper is based on what’s now confirmed to be the first episode of the new alternate-reality series, depicting what might have happened if Peggy Carter had been administered the super-serum instead of Steve Rogers.

The result – at least according to these two posters, and the accompanying LEGO set – is Captain Carter (rather than Captain Britain), who’s decorated in Union Jacks and fighting alongside a Hulkbuster-style mech piloted by Steve Rogers, because of course the original Captain America still has to be involved somehow.

While the poster suggests the LEGO rendition of Steve’s mech might have been better in sand green rather than its current regular green, the Captain Carter minifigure included in 71031 Marvel Studios looks spot on. We’ll have to wait for the first episode proper to discover whether the variant included in 76201 Captain Carter & The Hydra Stomper actually pops up on screen.

What If…? kicks off on August 11 exclusively on Disney+. Five of the total 12 characters in 71031 Marvel Studios Collectible Minifigures draw inspiration from the animated show, while another tie-in set is now available in 76194 Tony Stark’s Sakaarian Iron Man. Check out our review of 76201 Captain Carter & The Hydra Stomper here.