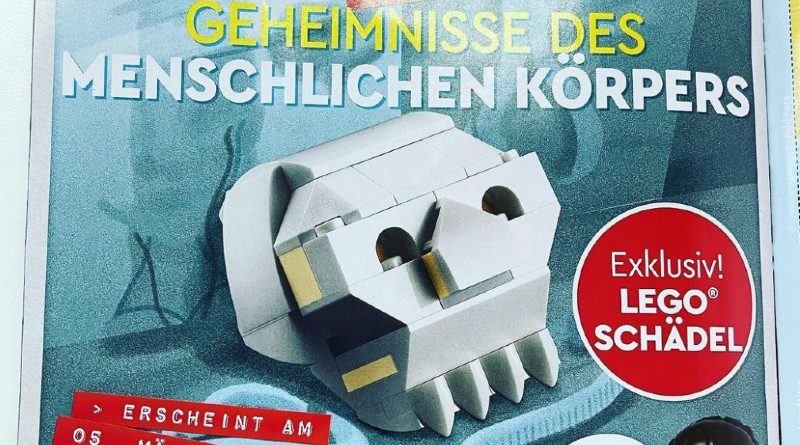 The LEGO Explorer magazine introduces another exclusive polybag next issue, this time including a brick–built skull.

The LEGO Explorer magazine is entering its eighth issue with yet another exclusive build, following on from issue seven’s penguin. Promobricks has found the seventh issue of the magazine, due for release in February in some regions, and given a first look at what is to come.

Judging by the artwork included with the set, the next issue of the magazine may focus on Archaeology and Palaeontology, with a tape measure and other equipment lying next to the skull. Clearly whoever this was thought the latest issue was jaw–dropping, as they’re missing the lower half of their jaw.

The build itself is relatively simple with angled and sloped plates forming the nose, smaller arches forming the eye sockets and inverted slopes and curved pieces achieving the familiar skull shape. A row of sharp teeth add to the model as a mix of grey and tan pieces are used to show age.

Get in touch with Brick Fanatics at [email protected]cs.co.uk