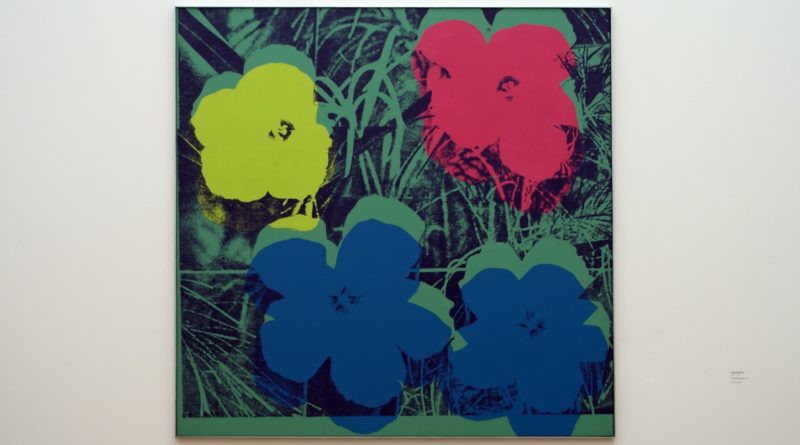 Recent rumours surrounding the next LEGO Art set have offered different clues to its identity – but they really all point in Andy Warhol’s direction.

The first reports of a product numbered 31207 – following June’s 31206 The Rolling Stones – linked it to The Museum of Modern Art in New York City, which the LEGO Group has just partnered with for the latest LEGO Ideas set, 21333 The Starry Night. That newly-revealed build, which arrives on shelves for VIPs and MoMA members on May 25, is based on an iconic Vincent van Gogh painting that hangs in the NYC institution.

Given a relationship already exists between the LEGO Group and MoMA (to the point that 21333 The Starry Night’s box carries the MoMA logo), it’s not too difficult to imagine we might get more LEGO sets based on artwork currently installed at the museum – and that makes the rumours around 31207 slightly more credible, even if they should still be taken with a pinch of salt at this stage.

Not long after those initial reports around the next LEGO Art set appeared, online retailer Wagner’s published a listing for a product named 31207 Floral Art. There was no mention of MoMA this time, but that’s not to say that the link doesn’t exist – it’s simply that the current product name used by that particular retailer makes no mention of it.

And if 31207 has indeed been designed in conjunction with The Museum of Modern Art, there’s an obvious contender for what it could be: Andy Warhol’s Flowers. While the artist’s silkscreen-printed flower images are not currently available to view at MoMA, the museum nevertheless has a collection of them – produced from 1967 through 1968 – in its archives.

The LEGO Group has already released one Art set based on a series by the pop art pioneer, in 31197 Andy Warhol’s Marilyn Monroe, so it has precedent for using his striking images. The repetitive nature of his work – inspired by his belief that ‘we spend much of our lives seeing without observing’ – also lends itself perfectly to the theme’s multi-build experience, and the same would surely be true of Flowers, with multiple colourways of the same image in a single box.

Warhol’s original Flowers series (created in 1964) uses a relatively similar backdrop, and only a handful of bold, primary colours for its flowers, so the LEGO Group could also feasibly get away with including a relatively smaller number of parts compared to, say, 31205 Jim Lee Batman Collection, which offers three incredibly different portraits.

That would key into the piece count listed by Wagner’s, which suggests 31207 Floral Art includes just 2,870 elements – barely more than enough to fill a standard 48×48 grid, should this set end up following the standard LEGO Art mosaic template. Still, it could also be another entirely different expression for a theme that’s already diversified once this year with 31206 The Rolling Stones.

According to YouTuber Brick Clicker, 31207 Floral Art will at least follow in the footsteps of last year’s 21226 Art Project – Create Together by including a white frame, while Wagner’s claims it will retail for €69.99. There’s no concrete release date yet, though initial rumours did suggest it could arrive in June, so a full reveal may be right around the corner.

For now, remember that this is all just educated speculation based on rumours, and nothing is confirmed until we get official word from the LEGO Group. The only certainty for LEGO Art at the moment is the launch of 31206 The Rolling Stones on June 1 – check out our review of that unusual entry in the theme here.