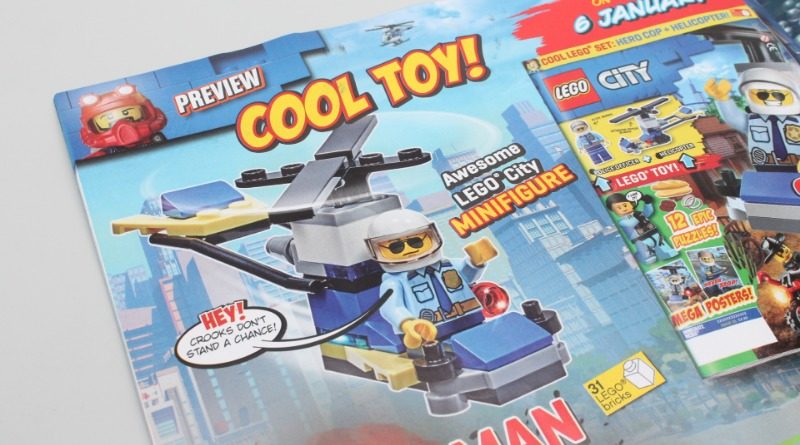 The next issue of the LEGO CITY magazine includes a free police helicopter build, complete with a policeman minifigure to pilot it.

Issue 35 of Immediate Media’s LEGO CITY magazine arrives on January 6, and will revert from Issue 34‘s deep sea excursion to a more traditional theme for the LEGO Group’s CITY line-up. Police sets are tried and tested subject matter for the evergreen theme, so it’s inevitable that the LEGO CITY magazine will throw us a nod towards LEGO law enforcement every now and again.

It’s perhaps a less exciting freebie than Issue 34’s deep sea diver, which includes a couple of relatively rare elements, including the minifigure’s helmet and a piece of teal seaweed. Still, any LEGO for less than a fiver is not to be sniffed at, and the next issue should ring in at a wallet-friendly £3.99.

You’ll be able to pick it up from supermarkets and newsagents in the new year. In the meantime, Issue 34 is available now, and given that diver freebie, it’s one you won’t want to miss. Head here for a closer look inside its pages, and click here for an in-depth spotlight on its foil-bagged minifigure.