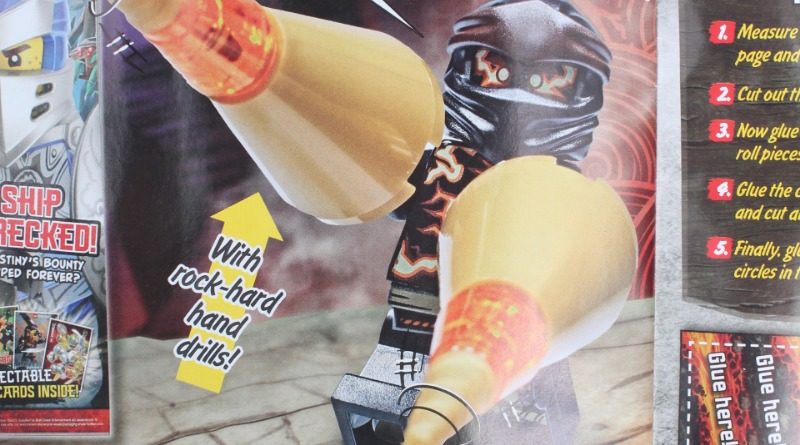 The next issue of the LEGO NINJAGO magazine will include a free foil-bagged Cole minifigure.

Issue 71 of Immediate Media’s LEGO NINJAGO magazine arrives on January 6, and you’ll find yet another free character attached to the cover. Following on from Issue 70’s Munce minifigure, the next instalment in the monthly mag will gift readers Cole.

That’s not just any old Cole: this version of the character is in ‘Burst Mode’, which is to say that he’s the variant from 2020’s Spinjitzu Burst sets. That makes him a pretty good grab given he only comes in one set, 70685 Spinjitzu Burst – Cole, but that model does retail for only £8.99, so it’s not worth getting too excited about.

If you’re not bothered about the other 44 elements that come with that set, though, this is as cheap as you’ll find this particular Cole minifigure without resorting to the aftermarket. Each issue of the LEGO NINJAGO magazine can be picked up from all good newsagents and supermarkets for just £3.99, and – barring any post-Brexit price increase – you can expect that to hold true in 2021.

In the meantime, you can build your Munce army with Issue 70 of the LEGO NINJAGO magazine, which is available now. Head here for a closer look at the free green-skinned minifigure.