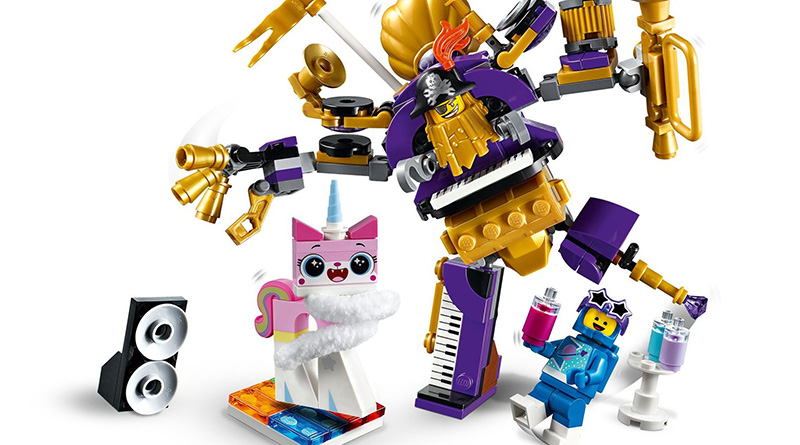 Official images are now available for the next three sets that are coming from The LEGO Movie 2: The Second Part theme.

Three more sets for The LEGO Movie 2: The Second Part were revealed a month ago, and now there are multiple clear images available for fans to enjoy. 70847 Good Morning Sparkle Babies!, 70848 Systar Party Crew and 70849 Wyld-Mayhem Star Fighter will offer sets based on the second half of the film, with a mix of new minifigures and enticing builds.

Brickset shared these new images of the sets, that provide fans with a clear look at the three new releases.

The LEGO Movie 2 70847 Good Morning Sparkle Babies! includes the Sewer Babies from Apocalypseburg, who are now Sparkle Babies, which will surely be a draw for fans of the film. The character appearances in 70848 Systar Party Crew – as he observes in the film, MetalBeard’s leg is a piano. Fitting with his love of space, Benny is sporting star shaped sunglasses and Unikitty wears a fancy boa.

The LEGO Movie 2: The Second Part was released on DVD, Blu-ray and 4K Ultra HD in recent weeks. shop.LEGO.com is offering double VIP points on 70838 Queen Watevra’s ‘So-Not-Evil’ Space Palace and 70839 The Rexcelsior.