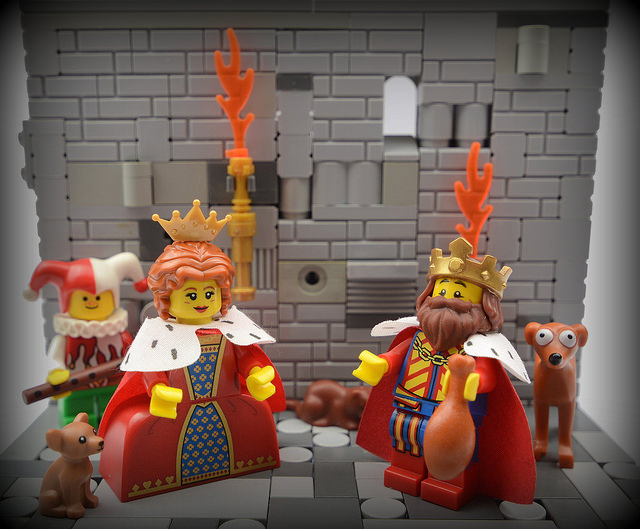 Welcome to another Nick’s Corner this week I’ll be focusing on a few moments of history I created with the brick. These were inspired by the work of my good friend and fellow AFOL James Pegrum whose amazing History Vignettes are always a joy to see (As is the rest of his work) all of which can be found over on his Flickr page, have I look and I’m sure you will agree with me.

As you may notice James is somewhat of a prolific builder and has created many of these history vignettes I’m way behind him with my turnout, but it is a subject I do enjoy researching and creating so look out for more from me sometime soon.

The Imprisonment of Elizabeth

On the 18th March 1554, Palm Sunday, the twenty year old Elizabeth was taken to the Tower of London, the place where her mother had been imprisoned and where her mother and one of her stepmothers had been executed.

As with all of this type of build I like to keep it small and somewhat simple but have enough to keep the viewer interested and of course interested enough to read the history part.

Isaac Newton was born on 4 January 1643 in Woolsthorpe, Lincolnshire. His father was a prosperous farmer, who died three months before Newton was born. His mother remarried and Newton was left in the care of his grandparents. In 1661, he went to Cambridge University where he became interested in mathematics, optics, physics and astronomy. In October 1665, a plague epidemic forced the university to close and Newton returned to Woolsthorpe. The two years he spent there were an extremely fruitful time during which he began to think about gravity. He also devoted time to optics and mathematics, working out his ideas about ‘fluxions’ (calculus).

Born in Plymouth on 16th July 1723 Sir Joshua Reynolds PRA FRS FRSA was an influential eighteenth-century English painter, specialising in portraits. He promoted the “Grand Style” in painting which depended on idealization of the imperfect. He was a founder and first president of the Royal Academy of Arts, and was knighted by George III in 1769.

This I created for the 100th anniversary of the tragic sinking of the Titanic. It was my first attempt at both the microscale and historical theme. A simple tribute to a tragic event.

“Dost mine bum looketh big in this ?

Not sure this last event ever took place But thought it would been a nice end this this weeks corner. I hope I may have inspired you to create a little bit of history with your bricks, until next time