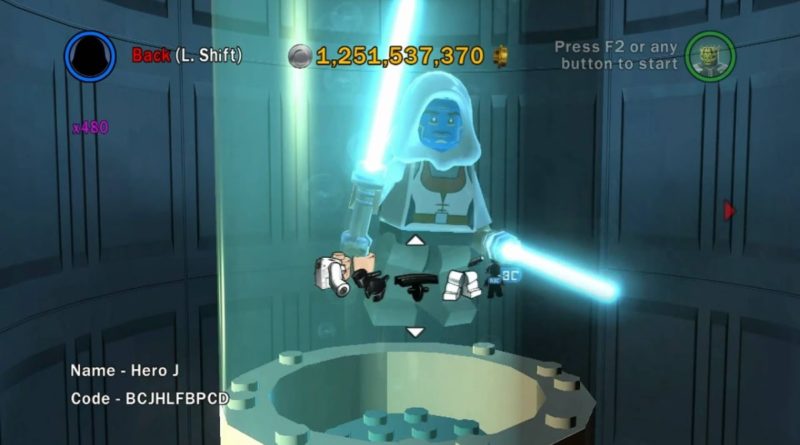 TT Games has confirmed that LEGO Star Wars: The Skywalker Saga won’t include a character customisation tool after all.

The ability to customise your own characters has been a key part of the LEGO video game experience since LEGO Star Wars II: The Original Trilogy, which debuted in 2006 with a character creator feature. Assembling your own mash-up of Star Wars minifigure elements allowed you to essentially insert yourself into the game, or get creative with any number of weird and wonderful custom characters.

It’s a thread that’s run through almost every LEGO game since, culminating in 2018’s LEGO DC Super-Villains, which cast the player as the protagonist by having them create – and play as – a custom super-villain. As you progressed through the story, your character unlocked more abilities and became even stronger and more versatile.

Given character customisation has been such a core component of the LEGO video games for so long, it didn’t come as much surprise to learn – back at E3 in 2019 – that LEGO Star Wars: The Skywalker Saga would include the same feature. However, TT Games has now confirmed (via Twitter) that the long-delayed sequel won’t include character customisation when it finally launches in April.

“This interview was from 2019, and sometimes features change throughout development,” the studio tweeted in response to a clip from the E3 interview. “We can confirm that LEGO Star Wars: The Skywalker Saga doesn’t have character customisation, but we do have 300+ characters for you to choose from.”

The total number of playable characters in LEGO Star Wars: The Skywalker Saga will actually surpass 400 by the time you factor in the downloadable Character Packs, which is far beyond any previous LEGO game – but you won’t be able to use any of the many minifigure parts to come up with your own custom characters.

LEGO Star Wars: The Skywalker Saga was originally supposed to launch in 2020, and had the studio met its original release window, the character creator might also have made the cut. But in the troubled development period that followed its original announcement in 2019 – with reports of pre-meditated crunch and poor working conditions at TT Games – the feature was apparently abandoned.

There’s still some slim hope that it could be patched in or released as downloadable content somewhere down the line, but nothing is confirmed at the moment. For now, you’ll have to make do with the 300+ official characters in the base game when it launches on April 5.

In case you missed it, you can now pre-order your copy of LEGO Star Wars: The Skywalker Saga’s Deluxe Edition directly from LEGO.com, securing VIP points in the process.

One thought on “LEGO Star Wars: The Skywalker Saga won’t include character customisation”