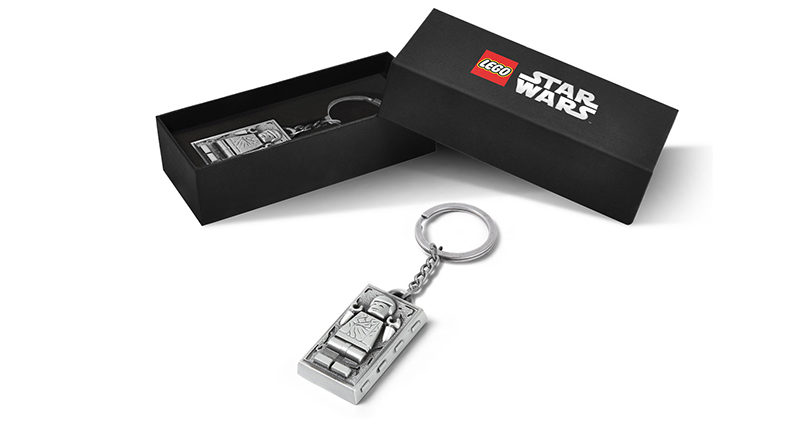 There are now official images of the upcoming LEGO Star Wars promotional freebie, a metal key chain based on the Han Solo in Carbonite element.

Starting on November 1, fans spending $100 or more (presumably £100 in the UK) on LEGO Star Wars products will be able to get a very unique freebie. The Han Solo in Carbonite element has been cast in metal for a key chain, which will be part of a promotion at LEGO.com.

New official images have been shared by the Brick Fan. They show the backof the keychain, which features an embossed logo and the presentation box that it comes in.

Fans might need to be quick when the deal launches, as some of the recent LEGO Star Wars promotions have sold out within hours, even minutes.

Star Wars: The Mandalorian is back on October 30, and this time around the LEGO Group will have the sets to go with it. 75292 The Mandalorian Bounty Hunter Transport was also recently released.