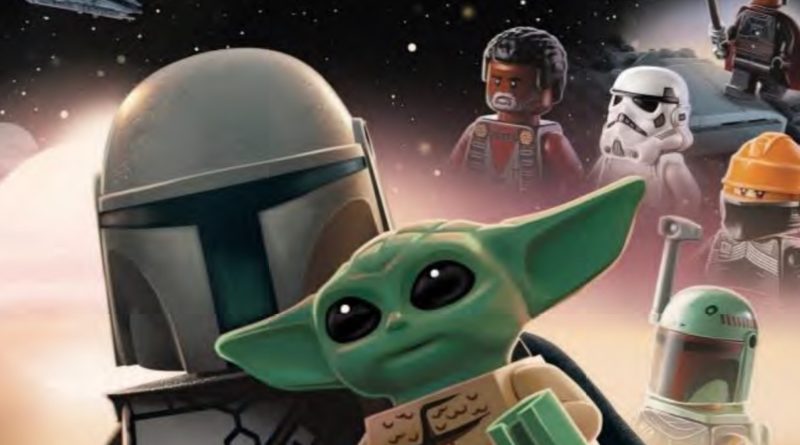 This year’s line-up of official LEGO Annuals can be pre-ordered right now, with each book including a free bonus minifigure.

Due to hit shelves later this year are three LEGO 2023 Annuals, published in the UK by Buster Books. Created under license by AMEET, the official hardcover books will include a mix of stories, activities and puzzles, with the titles usually aimed at younger readers.

As usual, the main draw for older collectors will be the free minifigure included with each book. Although some only offer slight variations on existing characters, they can sometimes be a much cheaper way of obtaining them. We’ve previously reported on the LEGO Official Annual 2023, which comes with an arguably worse version of the Crook Ice minifigure included with 60314 Ice Cream Truck Police Chase. The character is also missing its blue hairpiece from that set, so you’re not getting exactly the same minifigure with the book.

Next up is the LEGO Star Wars: The Mandalorian Official Annual 2023, which boasts a Greef Karga minifigure and two blaster pistols. This appears to be the exact same version that’s included with 75311 Imperial Armored Marauder, currently the only way to pick up that particular look of the character.

Finally, there’s the LEGO Harry Potter: Official Yearbook 2023, an Annual in all but name. The original listing for the title stated that the book would include minifigures of both Ron Weasley and Hermione Granger (with wands), but the final title only features the latter character. This version of Hermione is similar to the minifigure included with the now-retired 75967 Forbidden Forest: Umbridge’s Encounter, but with a different hair piece and blue legs instead of black.

All three official LEGO 2023 Annuals will be published on September 15 and can be pre-ordered from Amazon now.