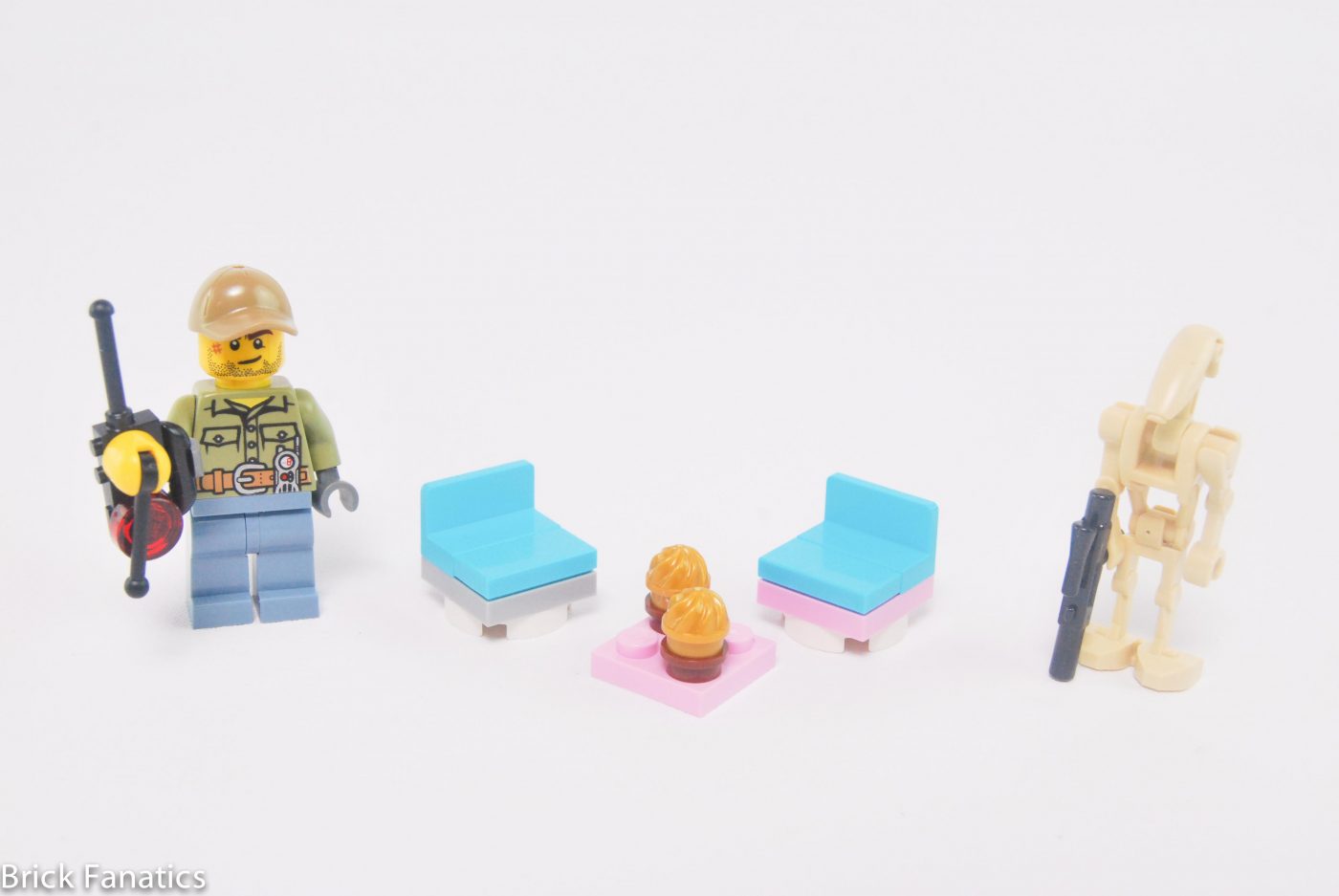 LEGO CITY Advent Calendars usually have the greatest quantity of minifigures, which tend to be fairly generic. This rather gruff looking volcano explorer looks to be wholly unimpressed by whatever he is remotely controlling.

Due to the lack of stud receivers on their legs, seating mini-dolls is always a bit of a balancing act, as it will here. Also, who has a table that sits on the floor? These Friends builds have been seriously lacking in supports to boost objects that are normally off the floor. The mailbox, the table for Santa’s treats, and now this? These girls are going to need a chiropractor.

Joining our Snowtrooper and Rebel Hoth Trooper is… a Battle Droid. The most common Star Wars army builder is hidden behind the thirteenth door.

The CITY minifigure seems like rather generic and Battle Droids are contenders for most produced Star Wars figure ever. In light of that, the low riding Friends table and chairs set is at least the most original, so is today’s winner.