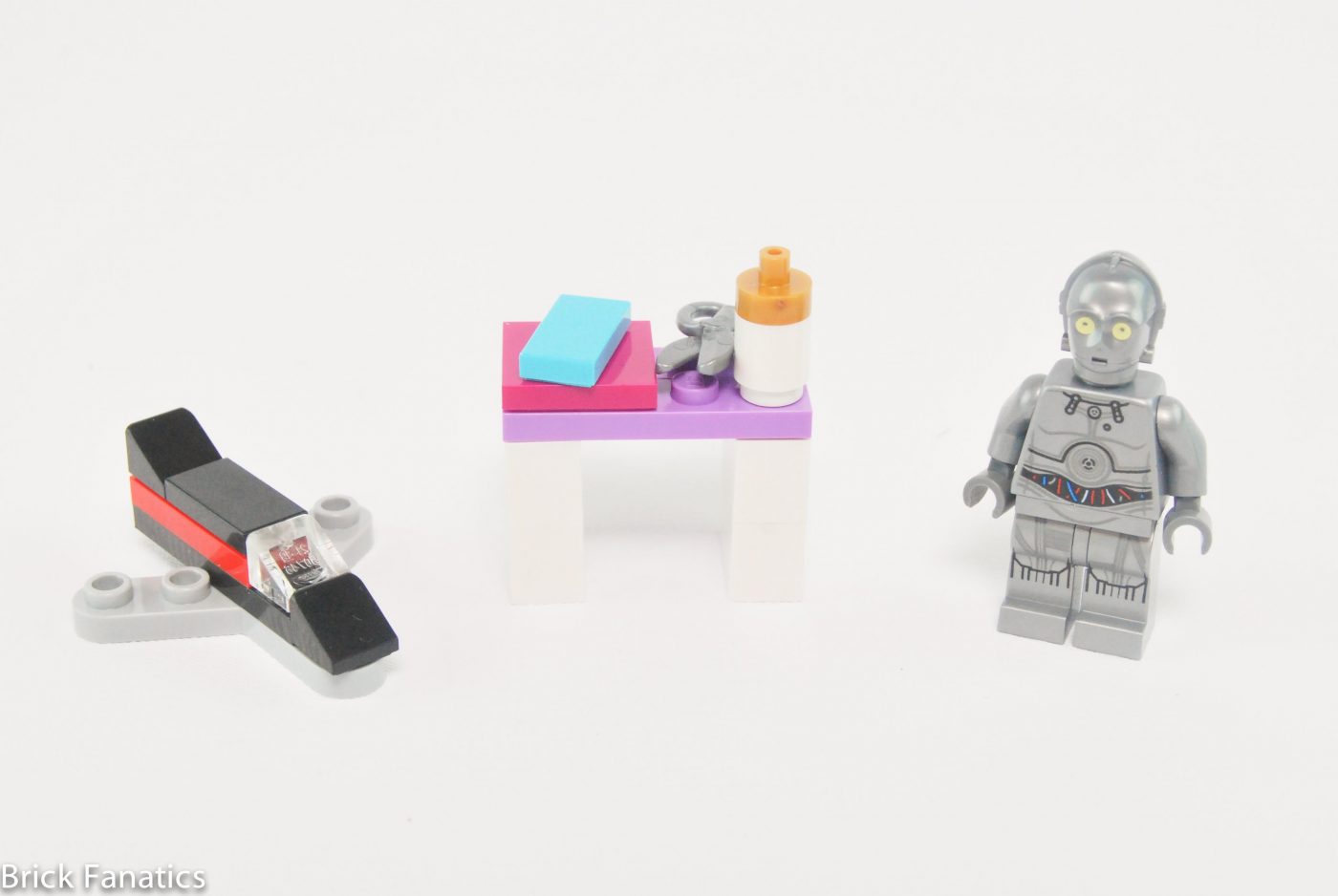 With just a few pieces, this shows what is possible with LEGO bricks – a lovely little model that demonstrates icro building at its best.

For a second day, the Friends Advent Calendar contains a table with legs. A wonderfully relevant build, the essence of a present wrapping station is perfectly captured in this model.

While this is technically a somewhat rare protocol droid variant, it is becoming hard to keep track of the various shades of protocol droid released, making each one subsequently less exciting. But it is a nice minifigure.

Wrapping presents is an inescapable part of Christmas, and the activity is represented perfectly in the Friends build today.