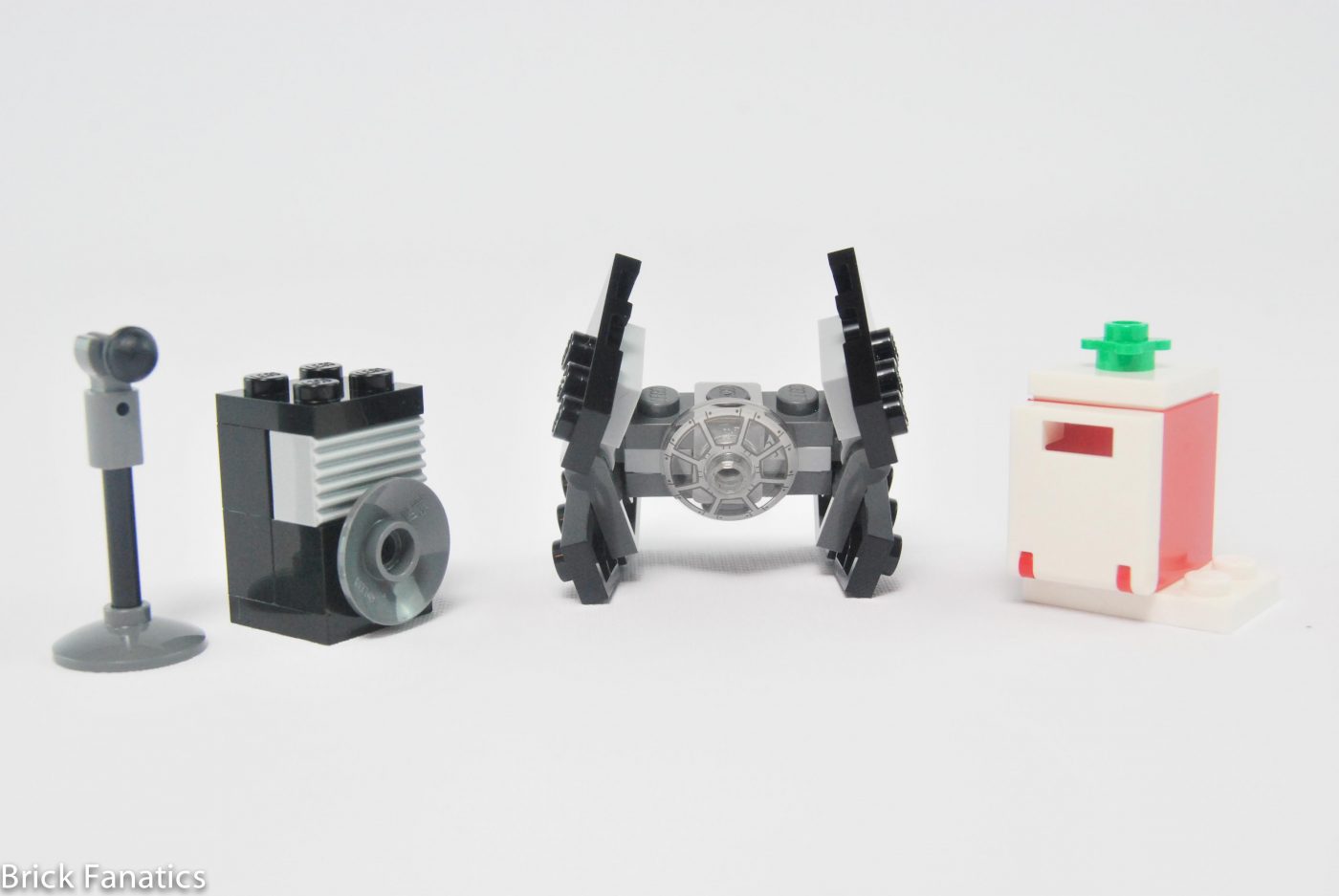 The music concept continues for a second day with LEGO CITY. The equipment expands with a speaker and microphone stand, but like yesterday’s guitar the microphone is unprinted – it is completely black. This may have been an intentional cost saving exercise. The speaker looks effective, reminiscent of those from the disco-dancing mini games in the LEGO video games.

It’s another simple build in LEGO Friends today. The mailbox is at ground level, when usually they are up on a stand. It is hard to imagine children or AFOLs being impressed at this five piece ‘build’.

In LEGO Star Wars, this TIE Interceptor is a clever little model. The proportions are a bit off, but managing to pack four articulating wings into a model this small is a feat worth noting. The printed windshield and clear dome element are nice inclusions.