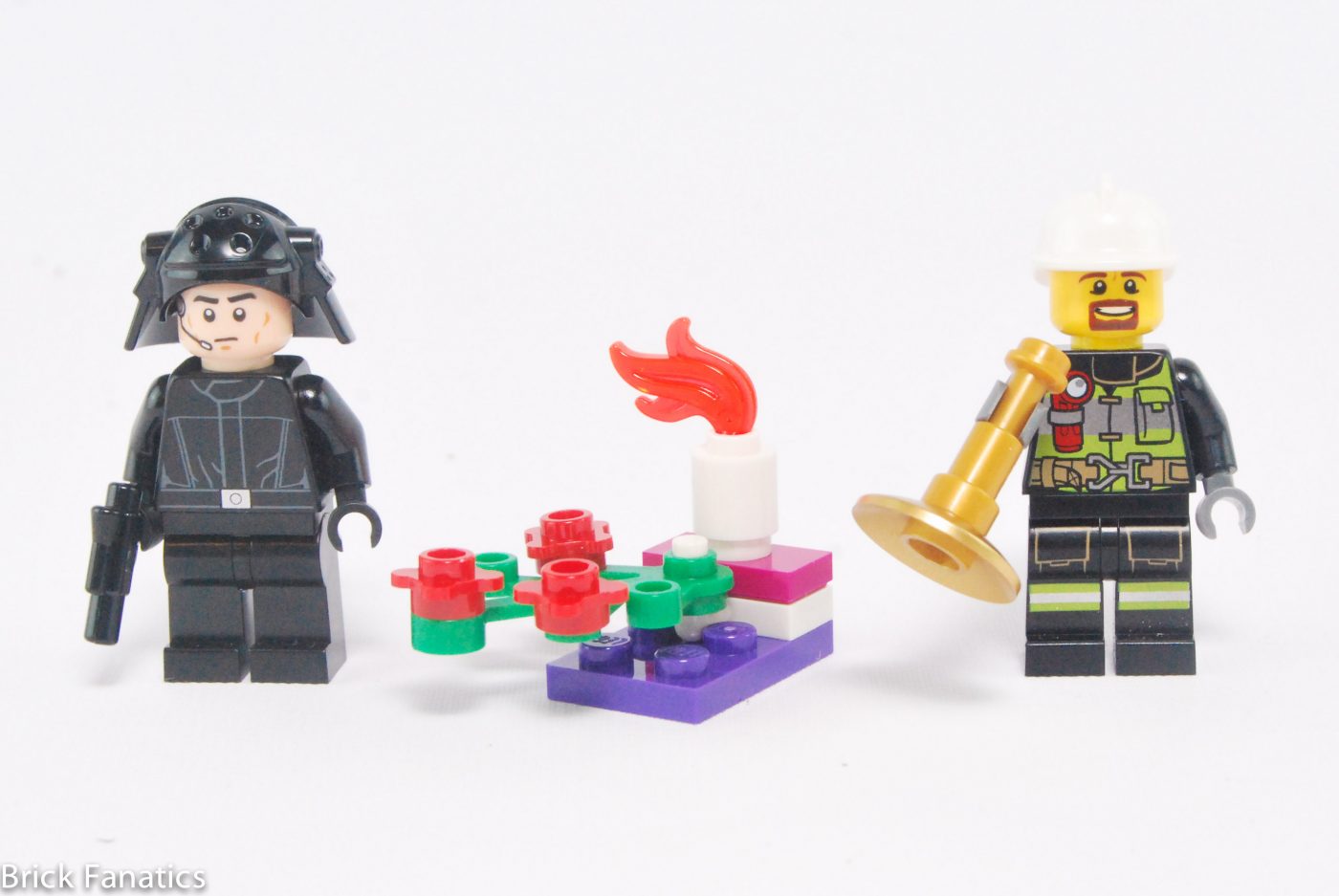 If you have collected sets in the CITY theme for any length of time, then today’s offering is something you own already. Behind today’s door is a a generic fireman – although he is clearly part of the fire brigade band as he is holding what seems to be a bugle.

It doesn’t live up to the official bugle element that was part of the Western theme in the mid 1990s, but it is constructed at least.

Today’s LEGO Friends build is some sort of decorative piece, including a candle and piece of holly. The firefighter from the CITY calendar would certainly advise against flammable greenery less than one stud from an open flame…

This Imperial Death Star Trooper does not have the most popular job in the galaxy, but someone has to do it. There can never be enough troops in a Star Wars fan’s collection, and this minifigure is relatively uncommon.

Once again, the LEGO Star Wars Advent Calendar has provided a hard to find minifigure, this version of an Imperial Trooper is still relatively rare.  The firefighter can of course be added to a CITY layout, the Friends build is suitably festive, but neither live up to the uncommon Star Wars minifigure.

The flap on the box says this is supposed to be an Imperial Trooper – but in this sample it was Endor Luke Skywalker. If anybody else has this issue, be sure to let us know in the comments.