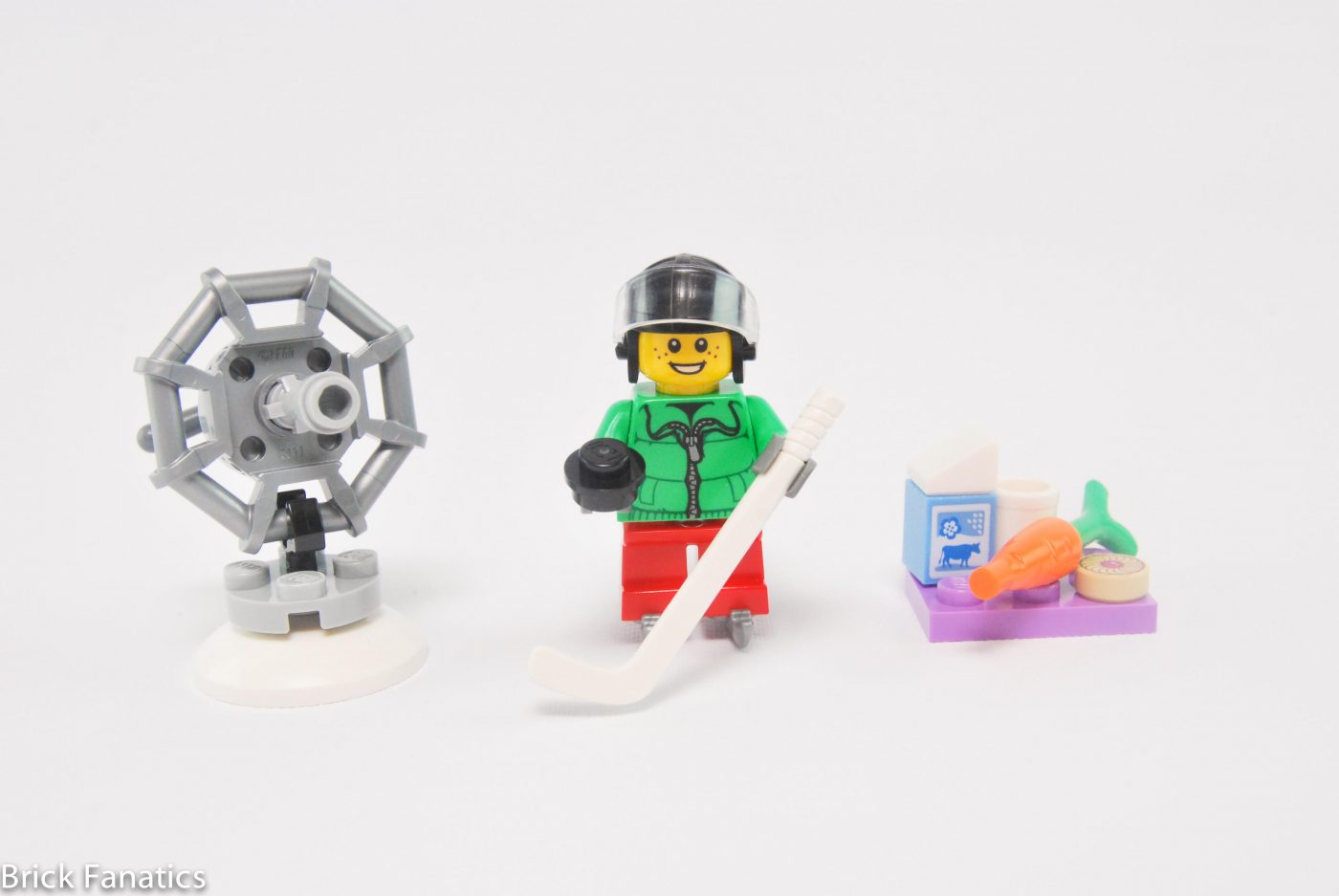 A minifigure head is one of the pieces that pops out when opening the CITY advent calendar window. Rather than another firefighter, finding inside a budding hockey player is a nice treat. He is equipped with the moulded stick first produced for the Collectible Minifigures line.

This is a rather dull build, but a nice collection of pieces and very appropriately themed for Christmas. A cookie and cup of milk for Santa along with a carrot for Rudolph are all present and correct. Although it is cute, a table would have improved this little build.

This gun turret, as used by the Rebels when under attack from the Empire on Hoth, is not terribly well executed. Why is there a handle on the back? The turret seen in the movie was not porous all the way through like this is.

The model from the CITY calendar is clearly today’s pick. The poor representation of the Star Wars gun and a mediocre Friends build mean that the junior hockey player scores.