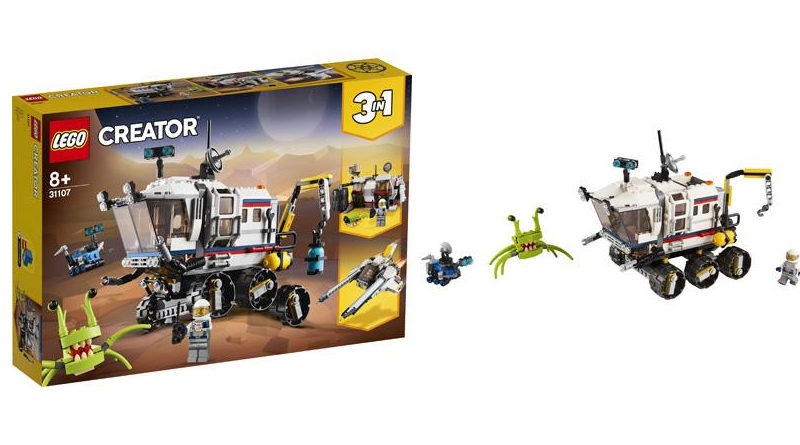 Three new LEGO Creator sets that will be released this summer are revealed in official images.

Earlier this year, three new LEGO Creator sets were announced, with official images now revealing what they will look like. The images have been published by jbnet and are expected to be released on June 1.

31110 Space Rover Explorer builds a fun looking lunar exploration vehicle and alien creature, with an astronaut minifigure. Alternate builds are a spaceship and lunar base,

31108 Caravan Family Holiday builds a car and caravan, with a motorhome and lighthouse as the alternate models. Buildable animals and three minifigures come in the box.

31109 Pirate Ship is an entirely brick built model, with no cloth sails. Instead, the sails are built using white elements with black pieces providing the detail. Three pirate minifigures are included. The set rebuilds into two different pirate hide-outs.