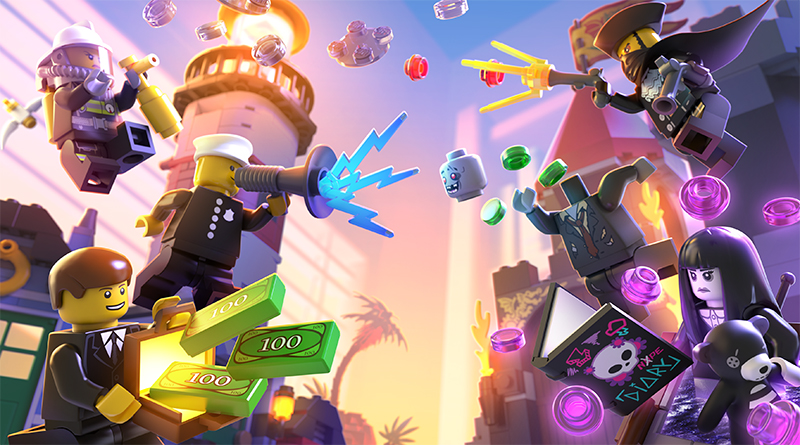 With LEGO Legacy: Heroes Unboxed officially launching today, Gameloft has shared some information on the game.

Yesterday, LEGO Legacy: Heroes Unboxed arrived for fans to download to mobile devices via the App Store, Google Play, and Microsoft Store. Today, Gameloft has shared an announcement to trumpet the launch of the new title.

The game is a turn-based Role-Playing Game (RPG) featuring over 50 characters from the 40 year back catalogue of LEGO minifigures. Each character has unique abilities and skills, so players can build the ultimate minifigure team. In addition to the minifigures, players are able to unlock digital versions of classic LEGO sets and build them within the game.

Piptown is the main setting for LEGO Legacy: Heroes Unboxed, a small village that players must rebuild as they embark on a journey of epic quests and battles. Allies include Majisto, Hiker and Chicken Suit Guy, who will help overcome the challenges ahead.

“LEGO Legacy: Heroes Unboxed builds on the warm nostalgia of LEGO play that people experienced in their youth and couples this with the excitement of bringing these minifigures into a proper RPG experience,” says Thomas Aurick, Vice President of Creation at Gameloft. “We wanted to celebrate the multiple generations of LEGO minifigures and highlight a variety of characters from past to present. We are proud to bring new life and spark to some of these characters that have never been in a game before.”

“Gameloft has done an amazing job highlighting each minifigure’s unique personality and enhancing the details, characteristics, and charm of some well-loved minifigures from the last 40+ years,” says Sean McEvoy, Vice President of LEGO Games at the LEGO Group. “This is a delightful new way to play with our minifigures in a game that celebrates fun, creativity, and humour.”