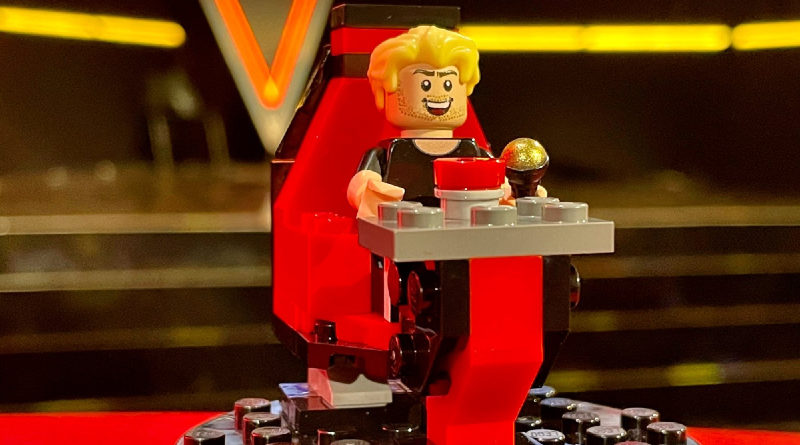 The worlds of LEGO and celebrities often mix with many recently showing their love for the bricks, but very few have their own custom minifigure as Olly Murs does.

Olly Murs has now received his own minifigure and brick-built The Voice swivel chair as part of The Voice UK’s final, in which LEGO VIDIYO had its own part to play.

If you hadn’t already heard, the LEGO Group partnered with ITV to feature LEGO VIDIYO in the adverts of the final episode of the singing reality show. Part of the collaboration included L.L.A.M.A commandeering Olly Murs’ dressing room for some daydreaming.

As thanks for letting the LEGO VIDIYO DJ use his dressing room, The LEGO Group has since gifted Olly Murs a custom The Voice chair model, complete with a minifigure recreation of him.

The celebrity definitely seemed happy with the build, sharing it on Twitter for the world to see, and including himself as part of the #VIDIYOVibes campaign along with HRVY and Sophie Ellis-Bextor.

While it seems extremely unlikely that this particular model will ever make its way out of the hands of the singer, you should be able to recreate the chair for yourself with relative ease, perfect for making your own minifigure judges, let’s just hope the chairs turn for you.