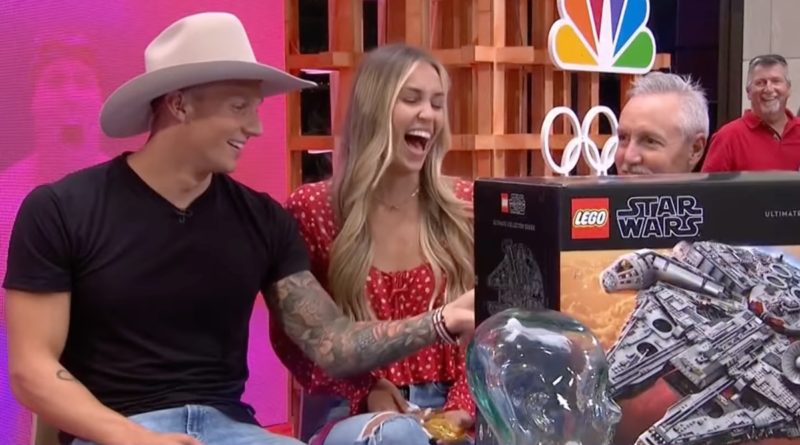 Before taking part in the postponed 2020 Olympics, US-born swimmer Dressel – who currently holds the world record for the 100-metre butterfly, having swum to pole position at Tokyo – told the Today show that he was planning to reward himself with three items after the event, including 75192 Millennium Falcon.

“I’ve got a list of three things on my phone that I want right now,” he said. “[It’s] a really, really small list, but one of them is the Millennium Falcon LEGO. It’s like a thousand bucks. Since I was a kid that was my thing, LEGO. Every Christmas present was some type of LEGO. I just never outgrew it. But if I feel like I deserve a LEGO [set] after Tokyo, maybe I’ll get the Millennium Falcon.”

Over the course of the Tokyo Games, Dressel went on to claim a total of five gold medals, including in the 50- and 100-metre freestyle races. He then went back on the Today show after returning home – only to be presented with the three items on his wish list, which also included a Stetson hat and a fanny pack (or bum bag, as it’s probably better known in the UK).

Dressel was obviously all smiles as the cart of goodies was wheeled into the studio, and voiced his surprise that the network had gifted him ‘the legit [75192 Millennium Falcon]’ – presumably referring to either the size of the set (compared to 75257 Millennium Falcon) or the versions available from clone brick companies like Lepin.

Hit play on the clip above to see Dressel receive his real reward for competing at the Tokyo Games (although we’re sure those five gold medals were pretty good too). Fortunately for both the rest of us and the LEGO Group’s bottom line, you don’t need to be an Olympic gold medallist to be worthy of buying 75192 Millennium Falcon. The 7,541-piece set is available now.