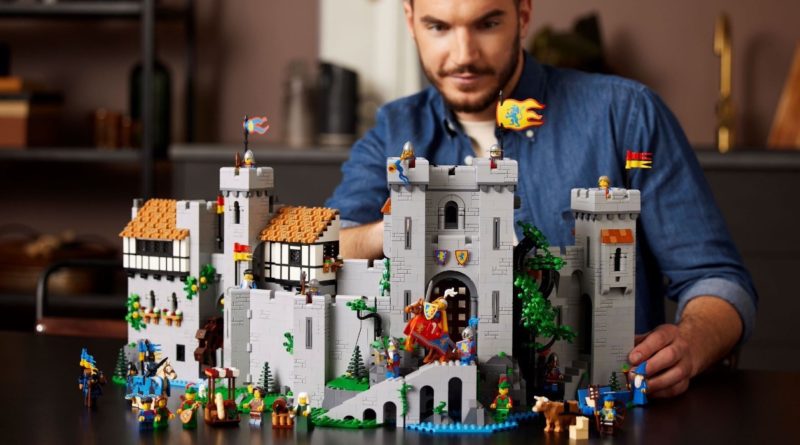 It’s been almost a week since LEGO 10305 Lion Knights’ castle launched and the set has gone down well as fans start to get their sets delivered.

10305 Lion Knights’ Castle is now widely available following the VIP early access and while you wait for your set to be delivered, we’ll take a look at how the online LEGO community is reacting to the 90th-anniversary model.

On Twitter, Stuart Miles enjoyed comparing the model to their modified 6080 King’s Castle and seeing the two side by side showcases the differences that over 30 years can make.

Photographer Figs Fan Photos shared their latest photographs featuring 10305 Lion Knights’ Castle showcasing the beauty and scale of the build by depicting it in a realistic setting.

Chaddyrick on the LEGO subreddit has displayed 10305 Lion Knights’ Castle alongside two versions of 21325 Medieval Castle and the 40567 Forest Hideout GWP, revealing just how huge the blacksmith is compared to the castle, though the designers approached the building at a much different scale.