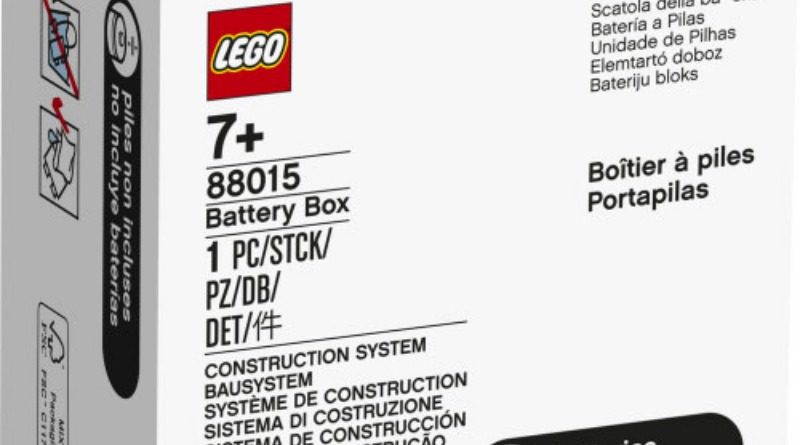 An online retailer has revealed our first look at LEGO Technic 88015 Powered Up Battery Box, and it’s… about as interesting as you’d expect.

That is to say: it’s not very interesting, because it’s just a plain white box. What’s more interesting is the very existence of this product, which looks to be coming to market in 2021. Until now, the only set to include a battery box for the new Powered Up system was 42113 Bell Boeing V-22 Osprey.

As you’ll know if you’ve been following any Technic news this year – or indeed, any LEGO news – that set was unfortunately cancelled at the very last minute. Yes, a handful of copies made their way into the wild (and subsequently sold for insane amounts of money). But most fans were left wanting – not just for the set, but for its battery box.

However, Polish retailer Bonito has now listed the component as a standalone product, 88015 Powered Up Battery Box. That’s good news for Technic fans hoping to take advantage of the new system without having to factor in Control+. The battery box doesn’t have Bluetooth, which should also make it a less expensive way to motorise your models.

There is one major difference between the Powered Up Battery Box and its Power Functions equivalent, however. Where the old system could handle as many motors as its voltage would allow, you can only connect two motors to the new box. But both of those motors can be controlled individually through separate switches, compared to the single switch for every motor in the old system.

88015 Powered Up Battery Box is currently unavailable at Bonito, but is expected to launch in 2021. We’ll keep you posted on when it comes to LEGO.com.