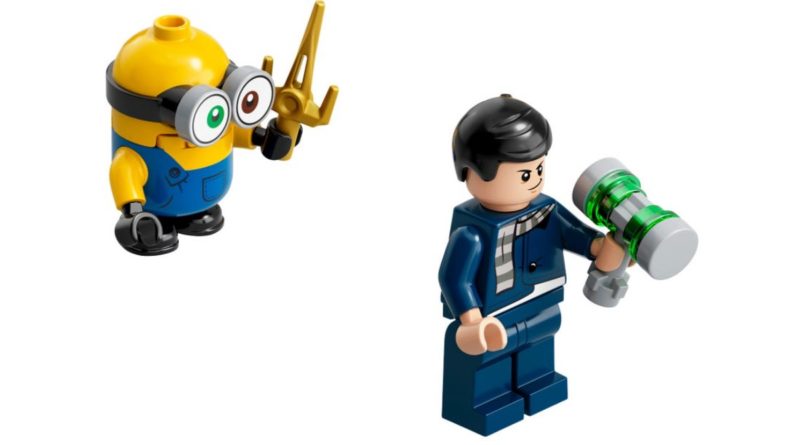 While minions are scattered throughout the LEGO Minions sets, one despicable character only features in one set as the movie releases worldwide.

We’ve already reported on the delay that Minions: The Rise of Gru faced and how that affected the LEGO sets, including one that it caused one to retire before the movie was released in cinemas. However, that retirement also means that a key character from the franchise now only features in one set that’s only available in certain regions.

The now-retired 75549 Unstoppable Bike Chase included two minifigures of Stuart and Bob and a third of young Gru – the villain who would become the star of Despicable Me and its sequel in later years. The film recently arrived in cinemas following the retirement of this model, making it harder to get the Gru minifigure.

However, not all hope is lost as 40511 Minions Kung Fu Training is an accessory set that also includes Gru, as well an exclusive Belle Bottom minifigure, Kevin and Bob. At £13.49 / €14.99 with 108 elements, it’s an easy way to secure key characters from the Minions franchise in one model.

Unfortunately, the official online store in the US no longer lists 40511 Minions Kung Fu Training, though you can still get at least one brick-built Gru through 40420 Gru, Stuart and Otto.

The remaining LEGO Minions sets are available now on LEGO.com as Minions: The Rise of Gru has finally arrived in cinemas around the world.