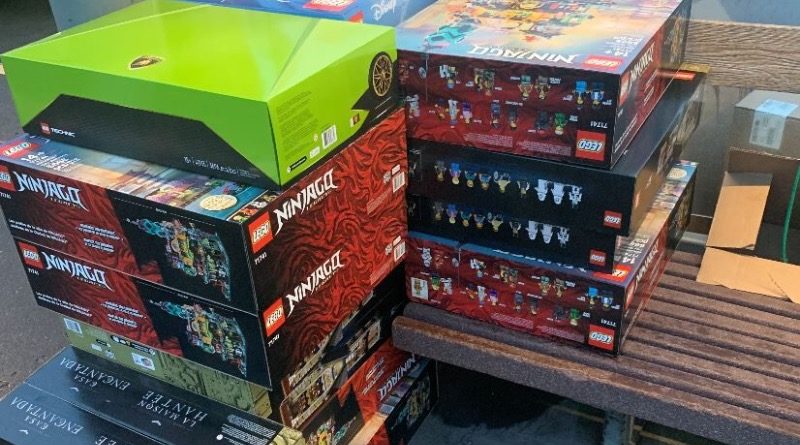 Police have arrested a man in Oregon for allegedly stealing $7,500 of LEGO sets, including multiple copies of 71741 NINJAGO City Gardens.

Among the models inside were LEGO Technic 42115 Lamborghini Sián FKP 37, 10273 Haunted House and 71741 NINJAGO City Gardens. Police also discovered that the locks to the local LEGO Store’s storage area had been cut, with employees confirming that several items were indeed missing.

Nixon – who apparently already had an arrest warrant in a neighbouring county – now faces multiple charges, including first-degree burglary, second-degree criminal mischief and possession of burglar tools. The missing sets, meanwhile, have been returned to the LEGO Store.

This isn’t the first time LEGO sets have made headlines for all the wrong reasons. Back in 2019, two women were arrested in Germany for allegedly smuggling 83kg of drugs inside LEGO boxes, while brick-shaped gummy sweets laced with THC popped up in Kentucky, Florida and Canada.