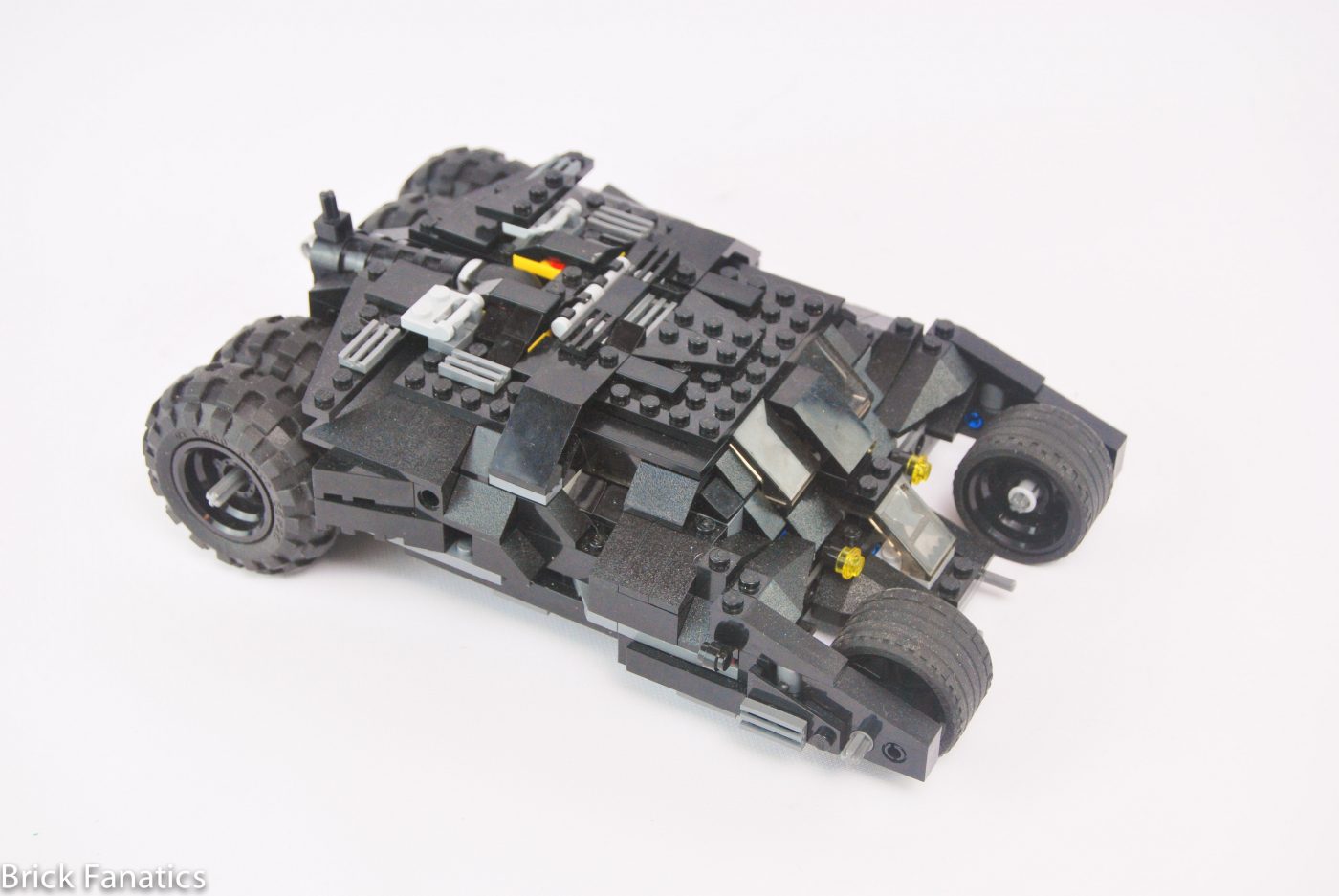 70905 Batmobile, set 70905 from The LEGO Batman Movie range, is a fantastic set which I enjoyed a lot more than I was expecting. Aside from being a quality model, part of its appeal lies in how different it is from what has grown to be a large collection of Batmobiles produced by the LEGO Group. This week we are going to look back and find out when Batman first got behind the wheel of a brick built car.

Unlike some other repeated LEGO set concepts, Batmobiles have not seen an even distribution over the years. There has been a deluge of them recently – in the last year and a half, five different versions of Batman’s ride have been released. 76045 Kryptonite Interception included a copy modeled after Ben Affleck’s version in Batman vs. Superman and 76052 Classic Batcave included the delightful rendition based on the Adam West era vehicle. Readers can be forgiven for forgetting 30446, a miniature version of the Batman vs. Superman Batmobile. 2015 also saw a classic style Batmobile included with 76035 Jokerland, then finally the aforementioned 70905.

Prior to 2016 it was all about the Tumbler from the popular Christopher Nolan films. LEGO designers unleashed three versions of that vehicle upon the world in a 12 month stretch between 2013 and 2014. These included the miniature version 30300, a system sized version 76001, and the definitive UCS set 76023. The original version of the Tumbler was in 7888 Joker’s Ice Cream Surprise.

Hailing from the original Batman line from before the DC Super Heroes license was a reality, this set is considered by many to be the best Tumbler of all – scoring 7888 on the aftermarket will cost a small fortune. The exception to the Tumbler trend was 76012 Batman: The Riddler Chase. This set included a Batmobile more in keeping with a race car, which made some sense as the Riddler’s vehicle in that set is a dragster.

Drawing closer to the original Batmobile set, the LEGO Group’s offerings coalesce around what many would consider the quintessential design of the Dark Knight’s ride. 6864 Batmobile and The Two Face Chase, 7781 The Batmobile Two Face Escape and 7784 Batmobile: Ultimate Collector’s Edition all depict an elongated car with rear cockpit and flaring batwings. The very first to be released was 7781, which landed on shelves in the first months of 2006.