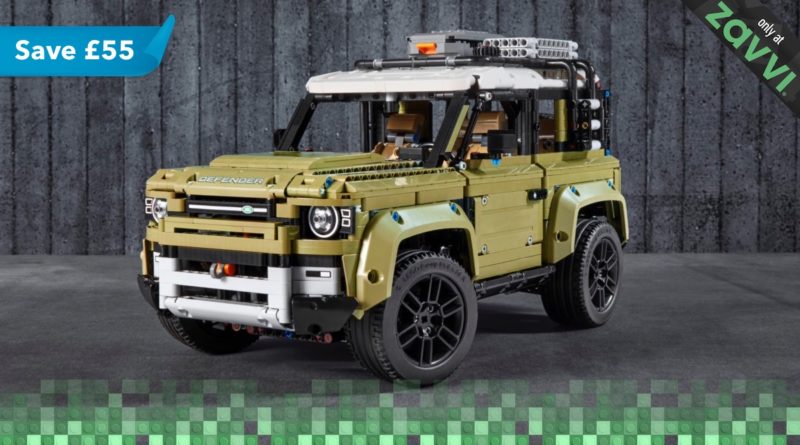 Zavvi has reintroduced their huge discount on 42110 Land Rover Defender before the LEGO Technic set retires at the end of this year.

Considering that it’s retiring later this year, and the announcement that a quarter of the current portfolio will be affected by price increases before the end of 2022 too, any kind of discount on such a massive model makes for a tempting deal. 42110 Land Rover Defender includes 2,573 pieces, featuring a spare tyre on the opening rear door.

Those who own at least one of these larger Technic car models might have an idea of what to expect. However, 42110 Land Rover Defender is a bit different from the rest with a working transmission system that can be operated by the gear stick in the cabin. The Land Rover logo appears throughout the model too, which is unsurprising considering that this is the only Technic model in partnership with the manufacturer to date.

Working suspension can be found across all four tyres and the specialised elements used for the mudguards only appear in this colour in 42110 Land Rover Defender, and can only be found in two other sets in white.

With Father’s day around the corner in the UK, this model at over 30% off might make the perfect gift to give to the father figure in your life, or just as a treat to yourself.

Click here to view every discounted LEGO set on sale at Zavvi via our affiliate link.

When you make your Zavvi LEGO purchases through our affiliate links, you’ll support our work at Brick Fanatics – so thank you!