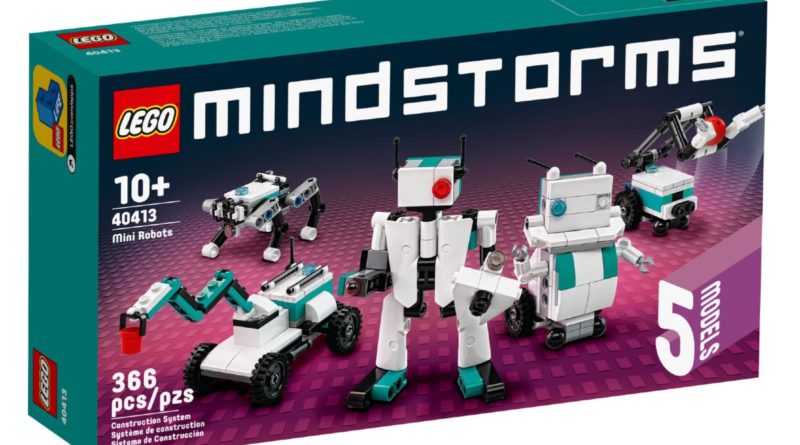 The LEGO Mindstorms 40413 Mini Robots gift with purchase is back, but this time it’s available to buy separately without any price threshold.

After first becoming available towards the end of 2020 as part of a monthly deal on the official online store, LEGO Mindstorms 40313 Mini Robots is now available to purchase like any normal LEGO set as the LEGO Group is seemingly left with plenty of stock of the promotional model.

With five brick-built machines to make, the set recreates the models of fourth-generation MINDSTORMS 51515 Robot Inventor with devices of all shapes and sizes, and with almost as much functionality as its electronic counterpart.

40413 Mini Robots has returned to the official online store a few times previously, but only ever as part of another offer. However, those who still want to add the MINDSTORMS tribute to their collection can now do so without needing to purchase a vast amount of other LEGO sets.

We’ve got a full review of the builds ready for you to read here, with details on each robot’s character and personality. Separate from any offer, 40413 Mini Robots will cost shoppers £17.99 / $19.99 / €19.49. At the time of writing, it’s only available to purchase in the UK and Europe as the US storefront is listing it as out of stock.

You could pair a purchase of 40413 Mini Robots with any number of the September deals on LEGO.com which includes some returning August offers such as LEGO Ideas 40487 Sailboat Adventure.