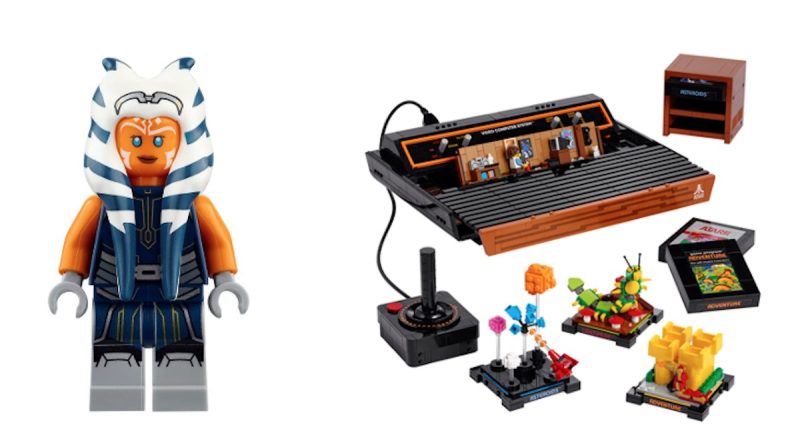 The recently-revealed LEGO ICONS 10306 Atari 2600 could be the set that will allow builders to create the perfect Ahsoka minifigure.

Recent rumours have suggested that a potential UCS Razor Crest may be on the way at some point in 2022, although there’s been no official confirmation from the LEGO Group to date. Another recent report added to the rumour mill of stories regarding the possible set, suggesting that the model might also include a new LEGO Star Wars minifigure of Ahsoka Tano.

The most recent version of the former Jedi was last included with 75310 Duel on Mandalore, with the character wearing her outfit from the final season of Star Wars: the Clone Wars. However, a more mature version of Ahsoka was also featured in Season 2 of The Mandalorian, as played by Rosario Dawson. This iteration of the character will be getting her own spin-off Disney+ series, with the show confirmed to arrive at some point in 2023.

In The Mandalorian, the character wielded dual signature white lightsabers, as did the playable minifigure of Ahsoka in LEGO Star Wars: The Skywalker Saga. However, Instagram user Ashnflash has now revealed a potential solution for fans looking to create a more accurate version of the character’s weapons, one that uses an unlikely source.

It turns out that the upcoming 10306 Atari 2600 set includes two lightsaber blades (or Bar 4L pieces) moulded in a semi-transparent colour. These appear as part of the Asteroids diorama model in the set, one of three alongside Adventure and Centipede. Ashnflash suggests that these pieces would be perfect for recreating Ahsoka’s lightsaber blades, something we’ll definitely be trying out if the recent UCS rumours turn out to have any validity.