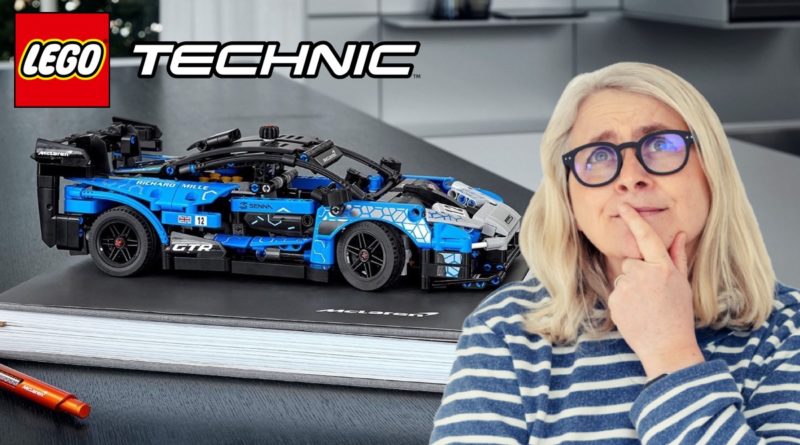 Author and screenwriter Emma Kennedy faces her fears to get to grips with the LEGO Group’s most daunting construction system.

When I began my odyssey of discovery with LEGO as an adult, I had a fear of the sets that involved long bricks with holes in. Back then, when I was an innocent, wide-eyed adult fan of LEGO (AFOL) yet to find out I would end up posting LEGO builds on a near-daily basis, I was so green and uninformed that I didn’t even know what those strange long bricks with holes in were called.

I would later be quietly told they were called ‘Technic’, and they assumed a mythical, impossible glow, not unlike a lost relic that everyone secretly knows will never be discovered, and about which gnarled elders tell hushed stories of terror in flickering light to young’uns staring up in horror.

In short, they gave me the stone-cold fear. I didn’t know what to do with them, I didn’t like them and I didn’t trust them – but I also knew, like every single hero in every single quest film ever made since the dawn of time, that somehow and at some point, I was going to have to pick up my sword and deal with them.

In the early days of my YouTube channel Relax With Bricks, we stuck like glue to the warm comforts of the modular buildings – the charm of 10255 Assembly Square, the joy of 10260 Downtown Diner – but the call to adventure was destined to come, and come it did, as I finally bit the bullet and prepared to cross the threshold of Technic Forest in order to wade deeply into the tangly woods of 70840 Welcome To Apocalypseburg.

That build has gone down in RWB history as the one that elicited the most spine-tingling screams from me and everyone watching, as I rammed connectors into the wrong holes and lost so many pieces into the extended arm of the Statue of Liberty that it was promptly renamed the precipice of death. Fumble fingers at the top of that at your peril, I soon learned, and at one point – in a scene reminiscent of the going down of the Titanic – I was forced to upend the entire build and shake the lost pieces out of it. It still gives me the chills even today.

And so all thoughts of tackling Technic were shoved swiftly into the back of a dark cupboard (the sort of place you might shove broken kites, kneeling stools and homebrew beer kits), but the soft call to destiny kept tapping me on the shoulder. Would I – could I – take on a massive great car? No, thank you. Too hard. But hang on, I thought, maybe I COULD try something pretty darned Technic. See how it goes? Test the waters?

What has changed, you might ask? Whither this sudden and unexpected burst of Technic-based confidence? Well, it comes down to what it always does – it’s the sets, stupid. Having convinced myself that I was never going to be able to tackle a full-blown Technic masterpiece and (this is the crucial bit) enjoy it, I’d turned away from the more masculine LEGO sets on offer.

But when 21327 Typewriter came along, I yearned for it so intensely I was prepared to knuckle down and take up the Technic challenge once more. Having thought any Technic-based build would be nothing more than fraught whinging and never-ending bouts of frustration, I was overjoyed to discover that 21327 Typewriter was actually an unadulterated delight.

The joy of putting something together that moves was overwhelming, and this is where the buck stops: if you love a super-impressive moving part (which I am mad for) then you’re going to have to leap aboard the Good Ship Technic and batten down the hatches.

I’m building 75308 R2-D2 this week, and it’s got the most complicated guts I’ve ever tackled, but tackle it I have. As a fellow AFOLWAC (Adult Fans of LEGO Who Are Chums) tweeted me: “There’s no room for error at all here. There’s plenty of opportunity for error, but no room for it.”

And so I find myself clinging to the top of Technic Mountain, but finally, at long last, I’m able to look out and enjoy the view. Perhaps I will do a car after all…

One thought on “Phew, LEGO Technic isn’t that scary after all”