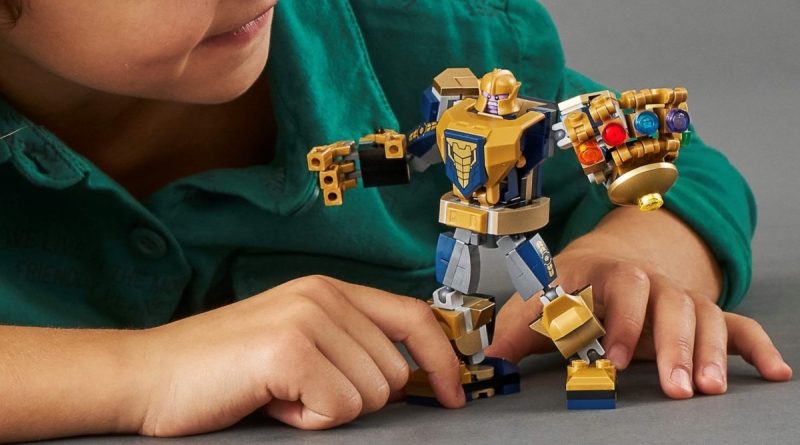 A rumoured list of piece counts for next year’s LEGO Marvel sets suggests the 2023 mechs won’t be increasing in size – despite a potential price bump.

According to recent reports, the next batch of LEGO Marvel mechs – which are said to belong to Hulk, Thanos and Rocket Raccoon – will jump in price by 50% in Europe, rising from €9.99 apiece to €14.99 each. Those increases seemingly won’t be matched by bigger mechs, however, as the part counts for all three sets will apparently hew closely to their cheaper predecessors.

In fact, StoneWars’ list of piece counts for the rumoured Marvel 2023 line-up suggests 76243 Rocket Raccoon Mech will come in at just 98 pieces, which would make it the smallest of the mechs to date. 76242 Thanos Mech, meanwhile, is said to include only 113 bricks, or 39 fewer than 2020’s 76141 Thanos Mech. If anything, these more expensive mechs could end up being even smaller than the rest.

Elsewhere, the theme’s largest rumoured January 2023 set – 76248 The Avengers Quinjet – is thought to contain 795 pieces, which would place it behind only 76126 Avengers Ultimate Quinjet in the grand pantheon of LEGO Quinjets. (There have been a fair few in the past decade.) It is reported to retail for €99.99, though, which is a full €20 more than the 2019 version.

The biggest LEGO Marvel 2023 set is currently thought to belong to the three-strong line-up for Guardians of the Galaxy Vol. 3, with 1,108 pieces in the box for the same price as the Quinjet. That suggests the size of the elements in the rumoured Quinjet could at least be a little more substantial to warrant its price – Hulk bigfig, anyone?

Surf through the table below for a complete picture of all the rumoured LEGO Marvel 2023 sets so far, but remember that none of these are out-and-out confirmed at the moment.