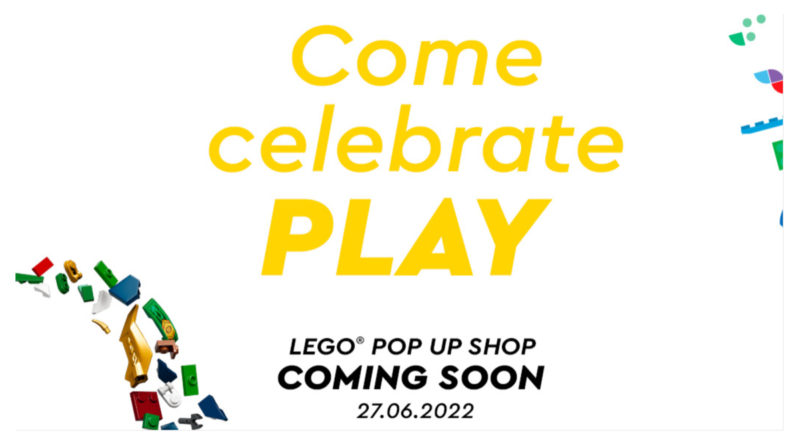 The LEGO Group have announced fun and photo opportunities at a pop up shop at the Natural History Museum from June 27.

On a Facebook post this morning, the LEGO Group announced ‘fun activities, photo opportunities and amazing gifts’ at a new pop up shop at the Natural History Museum in London. The shop, which the post says opens on Monday June 27, is likely to be part of the wider 90th anniversary celebrations taking place over the summer.

While the post is a little thin on information, we can make some educated guesses at what might be at the store. We’d be very surprised if there weren’t some large scale brick built creatures – maybe a dinosaur or two – for visitors to take a selfie with. Star exhibit, Dippy the Diplodocus, has been on a tour of the UK since 2017 but is now back in residence at the famous museum. Might he (she?) have a slightly smaller relative in tow from Monday?

While the post talks about ‘amazing gifts’ we’d be extremely surprised if there were any new sets or exclusives in the shop, but there are certainly plenty of sets in the existing range that would fit right in with the museum’s theme. The Creator 3-in-1 range has a number of appropriate models, such as 31129 Majestic Tiger, 31121 Crocodile and 31088 Deep Sea Creatures.

31112 Wild Lion would surely fit in, and, of course, 31058 Mighty Dinosaurs are a given. Museum curators might scratch their heads at 31125 Fantasy Forest Creatures though. The City theme has a number of likely candidates to appear at the pop up shop, such as 60353 Wild Animal Rescue Missions, 60307 Wildlife Rescue Camp and 60302 Wildlife Rescue Operation.

One set that would have been perfect is LEGO Ideas 21320 Dinosaur Fossils, but sadly that was retired at the end of 2021, so unless the LEGO Group have found some sets languishing in a forgotten cupboard, it’s unlikely that we’ll see that.

Please consider supporting Brick Fanatics by purchasing your LEGO via our affiliate links. Thank you.