A new video game released today, Guacamelee! 2, has a cameo from the much loved LEGO character, Unikitty.

It seems that being part of The LEGO Movie ensemble cast and headlining her own TV show is not enough, as Unikitty has now popped up as a cameo appearance in Guacamelee! 2. While playing through the new title, Gamespew spotted the distinctive character in Pedro’s Piñata Palace. 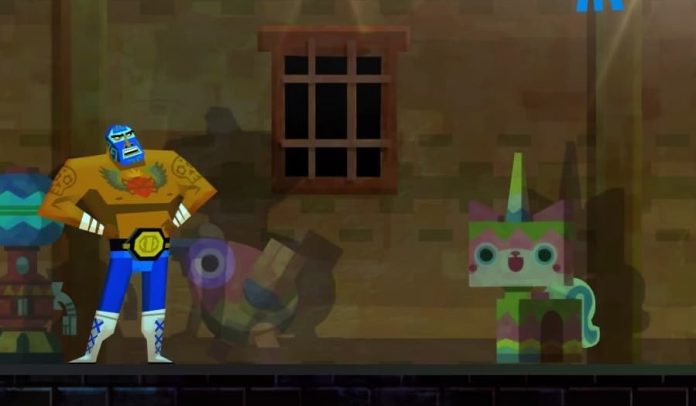 For those keen to know more about where she shows up, here is how the article describes the moment at which the unicorn-cat shows up:

In one of the game’s towns – Peublucho, I believe – I entered Pedro’s Piñata Palace, which was unsurprisingly full of piñatas ripe for a good punching. But before I released my aggression on the coin-filled containers, my attention was drawn to Unikitty, just standing around in the background. For anyone familiar with the character, she’s really hard to miss. I mean, just look at her below; it’s like she’s trying to steal the limelight.