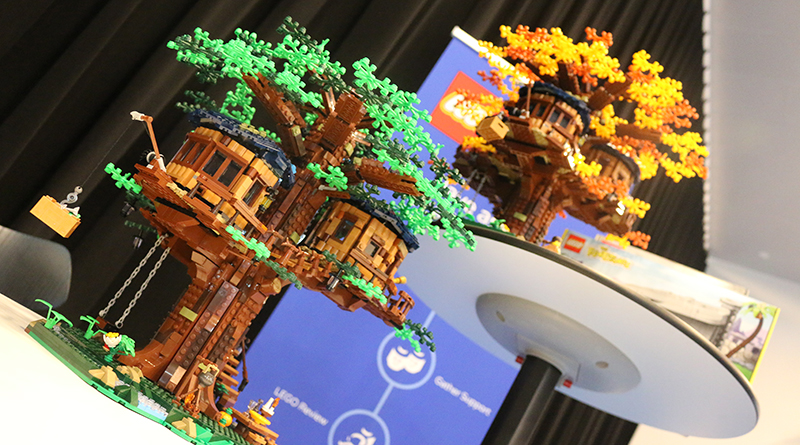 LEGO Ideas 21318 Treehouse is available now, exclusively at shop.LEGO.com. It was originally devised by LEGO fan Kevin Feeser, who submitted his concept to the LEGO Ideas platform.

LEGO Ideas Design Manager Samuel Johnson collaborated with LEGO Model Designer César Soares on the epic new set, that captures the rustic nature of treehouse living. In this exclusive interview, the pair explain how the fan concept was selected and planned for official release.

Kevin Feeser came up with The Treehouse project, combining his passion for wildlife with his love of the brick, before the LEGO Group’s César Soares turned it into an official model. The designer appears in a video presenting the set and explaining his process.

What was it about the original Treehouse submission that led to it being selected?

Samuel: In the LEGO Ideas team we love to see original ideas, like a working Pop-Up Book or a table-top maze game. It’s really inspiring to see great ideas for LEGO products that come from the imagination of our fans.
When we get blown away by a submission like Kevin Feeser’s Treehouse concept, it is really hard to justify why we shouldn’t go ahead with it, especially when we have the backing of 10,000 LEGO Ideas users. Often an original idea can be easier for us to say yes to than one attached to an IP (intellectual property) partner.

How did you go about planning out the set? Did you know from the beginning it would be at this scale?

César: We always consider making the final set as close as possible to the original submission, including scale, so from the start our idea was to make it very close to Kevin’s. In a set like this, were you have three cabins suspended, the size has to be carefully considered. Fortunately we were able to find a structural solution that enabled us to keep more or less the same scale.

Were you hesitant about going so big on an Ideas set?

Sam: When the pool of submissions for each LEGO Ideas review is closed, every submission is individually evaluated against a special criteria. One of those criteria is to see if it is feasible to create such a product for retail. From there we go about seeing if we can recreate the design as close as possible. In this case, we decided that the size was very important and it didn’t concern us too much that we would end up with a model with over 3,000 pieces. The impact of the design is just something that we couldn’t compromise.

Check back tomorrow for more from Samuel and César.