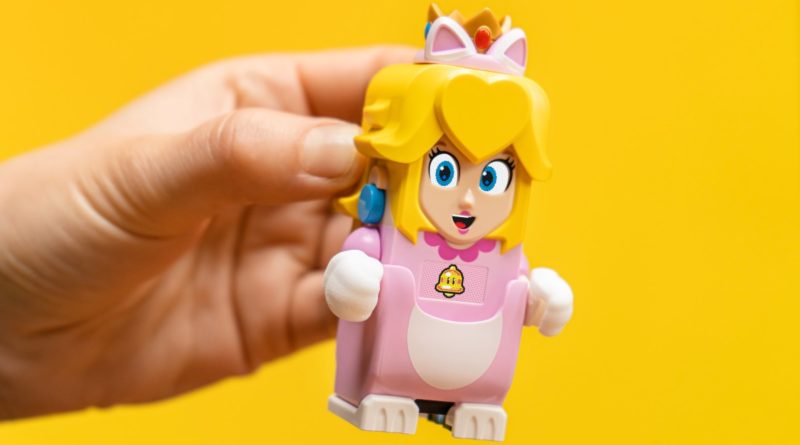 Another LEGO Super Mario interactive figure is now available as Princess Peach arrives with a brand new wave, including her huge castle

The third controllable character in LEGO Super Mario has launched today, August 1, with the release of 71403 Adventures with Peach – the latest starter course for the theme. Like the Mario and Luigi versions before it, 71403 Adventures with Peach features the titular character with a variety of new pieces. You can use her in the same way as the LEGO Mario and Luigi figures, but with reactions unique to Peach.

Accompanying the figure are a variety of modules with an overall royal design. These include a present, swing and white tower for Lemmy to sit atop. A yellow toad and lava bubble are also included to help you start your LEGO Super Mario adventures.

Anyone who’s happy with just one or two LEGO Super Mario figures but still wants to represent Peach within their courses can look toward either 71407 Cat Peach Suit and Frozen Tower or 71408 Peach’s Castle. The former includes an exclusive power-up as well as rare enemies on a tall tower build. The latter, however, recreates one of the most iconic locations in the Mushroom Kingdom and is the only currently-available set to include Bowser at this scale.

Add to that a new series of character packs and a selection of sets we’ve yet to mention and it’s a sizable wave of LEGO Super Mario models all available now:

You can unite LEGO Peach with Mario and Luigi now with the latest range of LEGO super Mario models on the official online store.

Support the work that Brick Fanatics does by purchasing your LEGO sets through our affiliate links. Thank you.