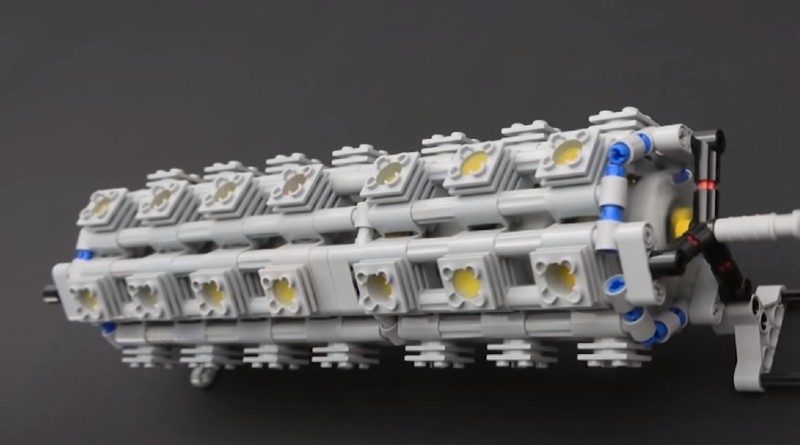 A variety of LEGO Technic engines have been put to the test in an experimental video, with the brick-built contraptions reaching speeds of 2500 RPM.

Brick Experiment Channel is performing another of their titular experiments on some LEGO Technic creations as they attempt to discover just how fast a brick-built engine of various sizes can go before a malfunction.

Six models are shown off in the video, acting as both an excuse for the builder to display their extensive parts collection and see just how realistic LEGO engines can be. Overall, it turns out that size doesn’t necessarily matter for the brick-built motors.

Each engine from the V8 to the 42-Cyl 7-row Radial-6 engine started to fall apart at about 3000 RPM, which translates to around 26 miles per hour. Whilst that might not seem impressive on paper, remember that these are made entirely of plastic bricks. For comparison, the working LEGO Bugatti, which also used LEGO motors, managed to reach around 12 mph as well as carry the entire build.

Along with the engines, the YouTuber also provides examples of where each one could be found throughout history. However, when it comes to the final experiment they struggled to find a relevant example – it might have something to do with the somewhat absurd length of the build.

The builder has lived up to their name once again, and their past experiments have included using bricks to break metal and boasting their collection of LEGO gears.