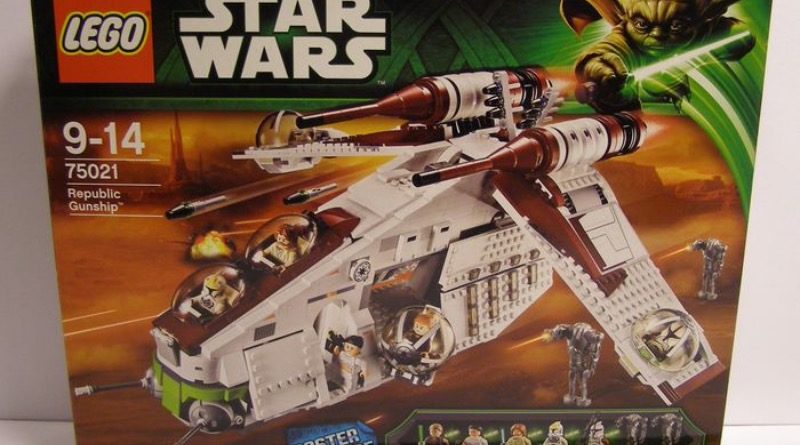 You’ve got an opportunity to get your hands on several rare LEGO Star Wars sets in this week’s Catawiki auctions, including a sealed copy of 75021 Republic Gunship.

Brick Fanatics has partnered with the auction website to bring you some of the most notable LEGO-related listings at Catawiki. This week’s highlights include an eclectic selection of LEGO Star Wars sets from the past two decades, with mint-in-box copies of some truly retro models up for grabs.

Whether you’re looking to complete your classic UCS collection or you just can’t wait for this year’s return to the Republic Gunship, here are our picks of what’s available on Catawiki right now.

It’s been eight long years since the last Republic Gunship arrived on shelves, despite the growing call for more prequel trilogy and Clone Wars-themed sets from the very vocal LEGO Star Wars fanbase. You only need to look at the campaign for 75280 501st Legion Clone Troopers for the proof – or, more relevantly, the LEGO Ideas poll that saw the Republic Gunship selected as a future UCS set.

That model will reportedly materialise later this year, but if you’d rather stuff your LAAT/i with the infantry that ‘i’ denotes, you’re probably going to want this minifigure-scale version. The copy currently being auctioned through Catawiki is brand new and sealed, so you can crack open the fresh box and party like it’s 2013, when ‘coronavirus’ was a term reserved exclusively for scientific circles.

If you’d rather go back even further than that, hop in your time machine and set the dial for 2006, when the LEGO Group tackled Darth Vader’s personal starfighter in the Ultimate Collector Series. 10175 Vader’s TIE Advanced remains the only time that particular TIE Fighter variant has been rendered in UCS form, so if you want at least one version of every Star Wars ship in your collection, you can’t really afford to miss out.

Again, the version up for auction at Catawiki is sealed and in great condition, having been stored away from pesky hazards like natural light and fresh water for the past decade and a half. It’s currently up at €750, with Catawiki’s experts estimating a final auction value of €830 to €930, so it doesn’t come cheap – but it’s also not a UCS set you can imagine the LEGO Group revisiting any time soon.

This gem hails all the way back from the earliest years of the LEGO Star Wars line, and the very earliest wave of Ultimate Collector Series sets. 7191 X-wing Fighter was one of two UCS sets released in 2000, and one of the LEGO Group’s earliest attempts to cater its Star Wars theme towards older fans (the suggested age range on the box is 14+).

You won’t often see new copies of a 21-year-old set pop up on the aftermarket, but that’s exactly what’s on offer at Catawiki right now. The box seals have unfortunately been broken, but the bags inside are still unopened, and the stickers haven’t been applied. If you’re keen to build a true relic of the LEGO Star Wars theme, this is probably your best bet.