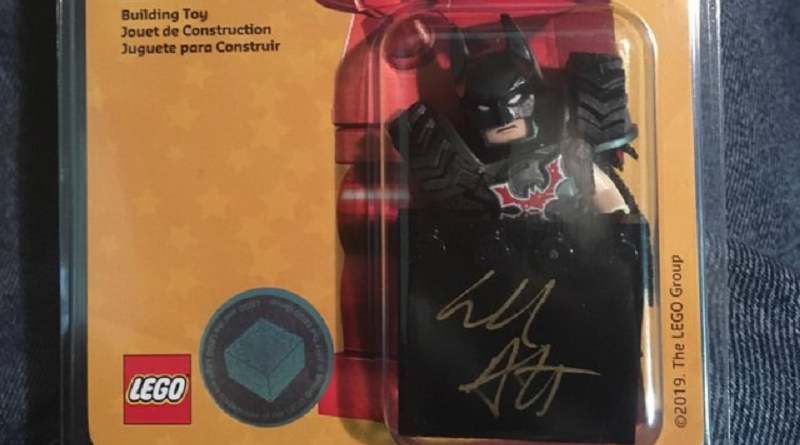 A few lucky LEGO fans in the USA received a free The LEGO Movie 2: The Second Part Batman minifigure signed by Will Arnett.

What is one of the rarest LEGO promotional minifigures ever was given away yesterday, according to a thread on Reddit. A LEGO fan went to the LEGO Store in Paramus, New Jersey and was given a carded The LEGO Movie 2: The Second Part Batman minifigure – with a tile enclosed signed by voice actor Will Arnett.

According to others getting involved with the discussion, a handful of these minifigures were sent a random to a small number of LEGO Stores in the USA. At each location, the first person to buy a set from The LEGO Movie 2: The Second Part theme on February 2 received one for free. 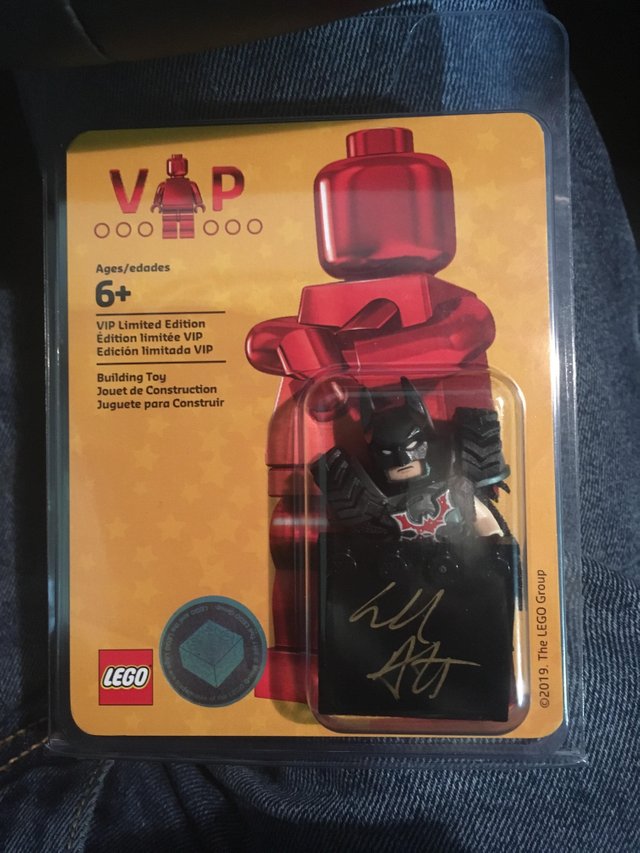 It is a complete surprise of a promotion that received no publicity in advance whatsoever. Will Arnett has voiced Batman in The LEGO Movie and The LEGO Batman Movie prior to the latest film.

A few days ago, The LEGO Movie 2: The Second Part 70840 Welcome to Apocalypseburg! was released exclusively at shop.LEGO.com yesterday.