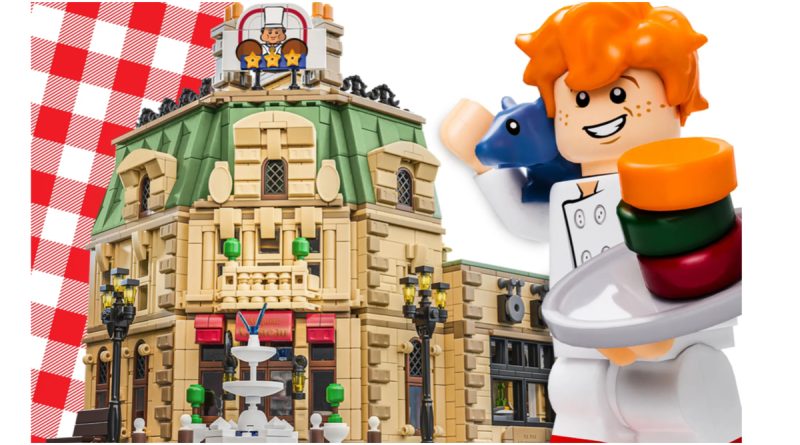 Ever optimistic fan designer hopes for third time lucky as their newest Ratatouille model crosses the 10,000 vote line for the next LEGO IDEAS review.

‘If at first you don’t succeed, try, try again’ as the old saying goes. Fan designer BRICK PROJECT clearly believes that. A veteran of the LEGO IDEAS platform, they’ve already reached the review stage twice with their designs based on the 2007 Pixar film, Ratatouille. While neither of those sets got the thumbs up when the LEGO Group came to appraise the successful submissions, that hasn’t stopped them trying again, and clearly the public are with them.

Ratatouille: Let’s Open The Doors is a 2,900 piece model – larger than the two previous submissions – and this time is a joint collaboration with user Carlierti. It becomes the 43rd set to qualify for the second review of 2022.

“I am happy to present you today a third version of it.”  writes BRICK PROJECT on the project page. “You will surely wonder why this third version, and you are totally entitled to ask yourself this question. Well, the answer is simple. As Anton Ego rightly says, I don’t like Ratatouille, I love it. And that’s exactly why I work so hard on it.”

BRICK PROJECT already has one design through to the Autumn review, in Escape Game: Carter’s Secret, but they’ll be hoping it’s third time lucky for their food-based collaboration too. You can see the full list of designs that have received 10,000 votes in the list below.

You can support the work Brick Fanatics does by buying your LEGO through our affiliate links. Thank you.