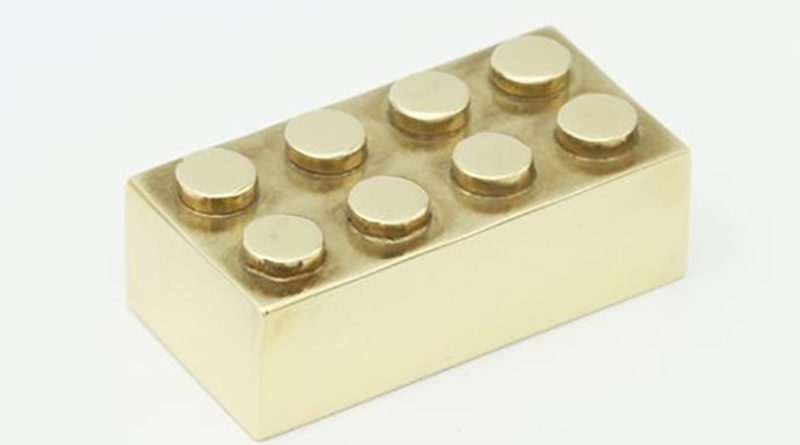 An actual real gold LEGO brick is going up for auction, made from 14k gold – it has never been commercially available, making this a rare opportunity for collectors.

LEGO collectors don’t often have the opportunity to own items made of 14k gold nor items that were only given to select LEGO employees – yet in this case, they get both opportunities at once. Less than 10 of these bricks were produced worldwide.

These golden 2×4 LEGO bricks were given to employees who had done something special at the LEGO Group – in this case, a German employee had worked at the company for 25 years as a machinist. He was awarded the brick in 1987 for his long service and because he could fix every brick moulding machine in the company using spare parts either in the workshop or from his private collection of spares.

Presented in a box featuring the LEGO logo, the brick also comes with an article from the internal 1989 LEGO magazine that discusses the machinist’s 1,000th mould, which was a minifigure left arm.