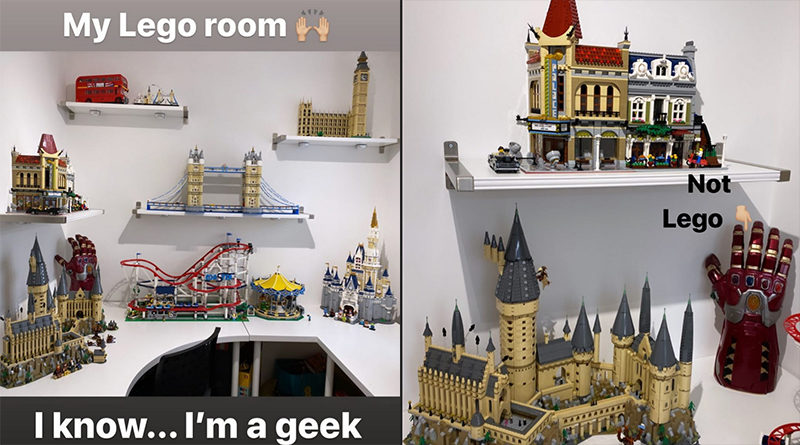 Television regular Dan Osborne has revealed his fandom by sharing a video of his room full of LEGO sets.

The Only Way is Essex cast member and subsequent reality television staple Dan Osborne has revealed his love of the LEGO brick, showing off an entire room of his house dedicated to the brick.

While many talented actors such as Anna Kendrick have discovered the joy of LEGO building during the coronavirus lockdown, other celebrities such as world famous footballer and brand builder David Beckham has been a fan for years. Osborne may not have demonstrated quite the same level of skill as those other famous fans, but his ‘reality’ television fanbase will still be fascinated to find out he is a LEGO ‘geek’.

Osborne’s collection focuses on the largest LEGO sets, such as 71040 Disney Castle and 71044 Disney Train & Station. He also has a selection of LEGO Creator Expert modular building sets, including 10264 Corner Garage, while promising more shelf space for more models.