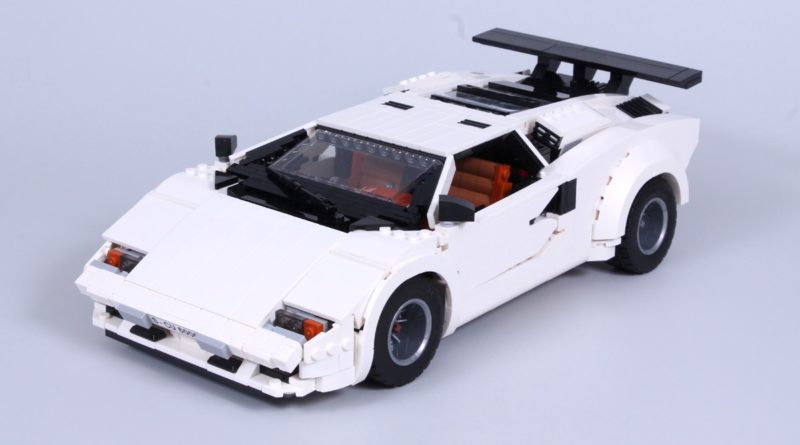 What if LEGO for Adults 10295 Porsche 911 wasn’t a Porsche at all… but was actually a Lamborghini Countach?

Lamborghini is one brand the Creator Expert line of vehicles (which now falls simply under the LEGO for Adults banner) hasn’t yet broached, which leaves the onus to do so squarely on the fan community for now. Fortunately, Rebrickable user and all-round LEGO car builder extraordinaire Firas Abu-Jaber has just the answer: a stunning Countach designed using only elements from 10295 Porsche 911.

The advantage of alternate builds (the focus of Rebrickable as a platform) over models created from scratch is that they’re incredibly easy to replicate, particularly when it comes to gathering the necessary elements. In the case of Firas’s Lambo, for instance, step one is to purchase a copy of 10295 Porsche 911. There is no step two.

Well, technically step two is buying and downloading the instructions for Firas’s Lamborghini Countach alternate build from Rebrickable, and then step three is simply putting the model together. But as we’ve already touched on in our guide to rebuilding 21325 Medieval Blacksmith into a barn (just one of several alternate models available for that LEGO Ideas set on Rebrickable), the assembly process isn’t quite that straightforward.

That’s true again here, and just as with that LEGO Ideas set, it’s by no fault of the instructions – which are mostly a breeze to decipher, and up there with the LEGO Group’s official instruction manuals for how clear and easy-to-follow they are. The only real grievance you’ll have is in deciding whether to knoll or not to knoll.

In this context, knolling – if you’re unaware – is the process of separating and organising LEGO elements before building, and it’s almost essential for something like this. If you’re disassembling your existing Porsche to rebuild it into the Countach, you’re going to end up with a huge pile of 1,458 pieces to sift through.

And even if you’re breaking the seals on a brand new box, you won’t fare any better: the numbered bags obviously don’t follow the same linear path for Firas’s Lambo as they do for the Porsche, so you’ll quickly find yourself tearing them all open and ending up with that same pile of nearly 1,500 LEGO bricks.

Getting your knoll on is really part one of step three, then (do keep up), and while it can be a pain for those of us who just like to get stuck in, it’s pretty much imperative to avoid any headaches caused later by just not being able to find that one tiny part in a sea of bricks, plates, tiles and pins. It doesn’t need to be extensive or intricate: just group like tiles together, arrange plates by size and colour, and so on.

The build then comes together in much a similar way to 10295 Porsche 911 – not in the sense that it shares the same design, but in the sense that you’re still assembling a car, and Firas’s alternate build feels absolutely in step with the LEGO Group’s own approach to its instructions. Everything is clear, logical and flows naturally; a feat that shouldn’t be underestimated for how finely-tuned it is in official LEGO sets, and how well Firas has keyed into it here.

The finished model is just as breathtaking as the images on this page show, and that’s not solely in how successfully it replicates the Countach – and it really does, right down to the opening scissor doors – but in how Firas has managed to do so using only the elements from 10295 Porsche 911, and not even with all that source set’s pieces. (You’ll have quite a few left over to absorb into your wider parts collection.)

Sliding seamlessly into any collection of officially-produced Creator Expert cars by virtue of its design techniques and scale, the Lambo could easily pass for a set designed by the LEGO Group. And that’s no small feat, given LEGO designers have to contend with far more constraints than fan builders – almost every technique deployed here wouldn’t feel out of place in an official build, and it all hangs together in a way that you can easily imagine Billund’s brightest being happy with.

Firas’s build also highlights the argument against printed bricks: one of the new bowed elements used towards the rear of the Lambo contains a printed Porsche logo, by necessity, where a stickered version in the original set would have allowed that piece to remain blank. But that’s hardly anything we can fault Firas for, and indeed there really are very few criticisms we can level at the Countach.

Any improvements could only come by diving into your own part collection, and there are a couple of obvious areas where small changes would help the finished model: replacing that printed bow, or swapping out the 1×4 tiles on the roof for 2×4 tiles to reduce the number of lines. But just how minor those alterations are speaks to the success you’ll find simply with a copy of 10295 Porsche 911, regardless of how extensive your part collection is otherwise.

Whether you’re now eyeing up dismantling your existing Porsche or picking up a new one, rebuilds like the Lamborghini are perfect for breathing new life into the LEGO Group’s portfolio regardless of your own design skills. And as a way to extend the value and longevity of your own collection, that’s tough to beat.

The LEGO Group provided this copy of 10295 Porsche 911 for the purposes of this feature.

Support the work that Brick Fanatics does by purchasing your second copy of 10295 Porsche 911 (or your first and second, because both the original model and this Lambo are worth having on your shelf) using our affiliate links. 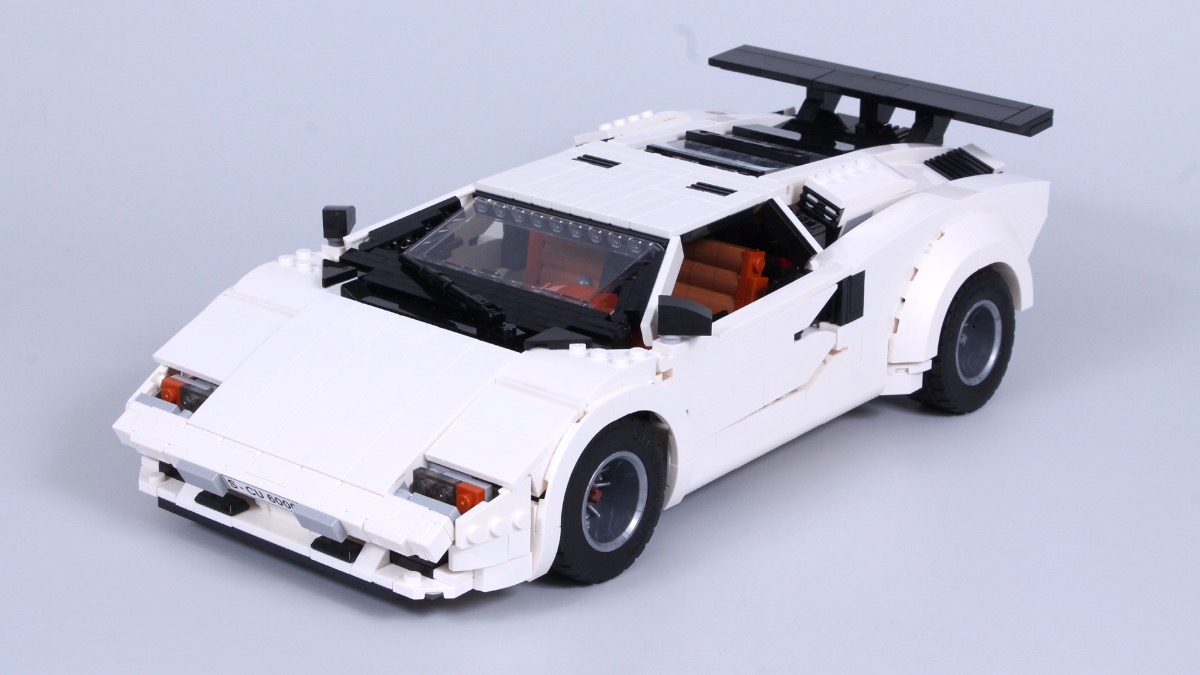