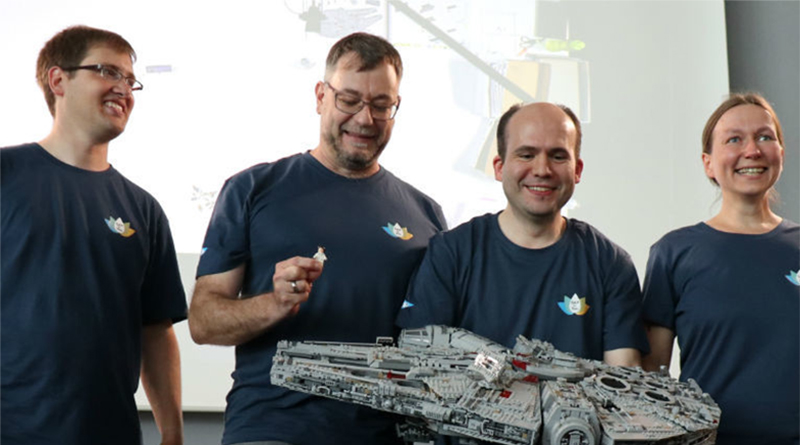 Fans have the opportunity to own a Guinness World Record holding LEGO Star Wars 75192 Millennium Falcon set thanks to a charity auction.

On July 18, 2019, four LEGO Star Wars fans achieved a Guinness World Record for building 75192 Millennium Falcon, the 7,541 piece Ultimate Collector Series set. Now, Rebelscum reports that the very same model that they build in that world record victory is up for auction via United Charity.

Proceeds from the auction will go to the NCL Foundation, a non-profit organisation researching a cure for dementia in children.

Johannes Roesch, Kathi Stutz, Ralf Johannes and Gabriel Cabrera Parrais are the four builders who managed to put the enormous set together in just 2 hours 51 minutes and 57 seconds. Their certificate is part of the package along with the hefty 75192 Millennium Falcon model.

The set was released in 2017 and proved incredibly popular, exceeding the LEGO Group’s sales forecasts. It can be adapted to either be displayed as classic trilogy version of the ship or as The Force Awakens version.

In other recent Staw Wars news, it is rumoured that a Baby Yoda BrickHeadz character is on the way this year.