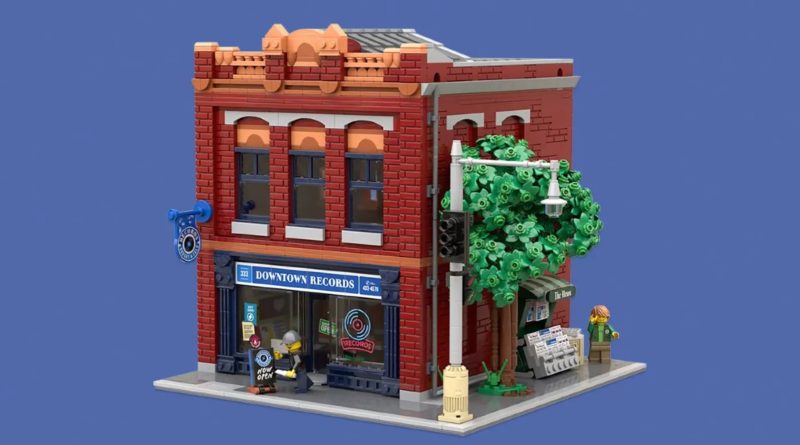 A record store modular building has reached the review phase of LEGO Ideas, with the two-storey build proposed as a future set for the theme.

A new member of the LEGO Ideas 10K club has been revealed to be HarrisBricks thanks to their Downtown Records modular model making it into the third 2021 review on the platform. This means that it now stands a chance at becoming a future model, should it impress the judges.

The build is the latest in a long line of LEGO Ideas modular building submissions, none of which have been able to make it past the review stage yet. The creation depicts a record store with dozens of vinyl-filled covers lining the walls of the interior and an apartment on the upper floor.

The outside is a simple red-brick exterior with a window for the shop featuring neon signs and posters. Four minifigures are suggested as inclusions include one with a torso referencing the Black Falcons.

This is the 18th LEGO Ideas submission in the third 2021 review round, and you can see every entry in it so far below: