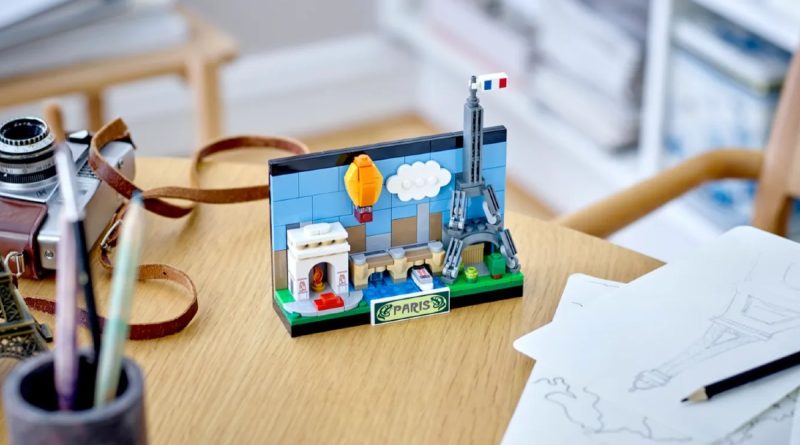 Another LEGO postcard model has been released today, August 1, as Paris joins Beijing and New York in the growing commemorative range.

The LEGO Group has launched a variety of models in the past to recreate and celebrate cities around the world including everything from magnets to Architecture Skylines sets. The latter is what most closely resembles the new Postcard models, depicting iconic locations at a small scale but still with plenty of details.

On the right, standing tall is the Eiffel Tower complete with a flag at the top. However, the left side includes notable builds too. Joining the Eiffel Tower are the Arc de Triomphe and the Pont Neuf as well as a hot air balloon flying above the skyline.

The LEGO Arc de Triomphe uses a selection of stickers to recreate the fine details at the base of the structure and the Eternal Flame burns beneath it. The Pont Neuf itself uses no stickers but a boat passing under the bridge features one on the top to depict the top of the vehicle.

You might have noticed another postcard on the back of 40568 Paris Postcard’s box, but the release date for 40569 London has yet to be revealed at the time of writing.