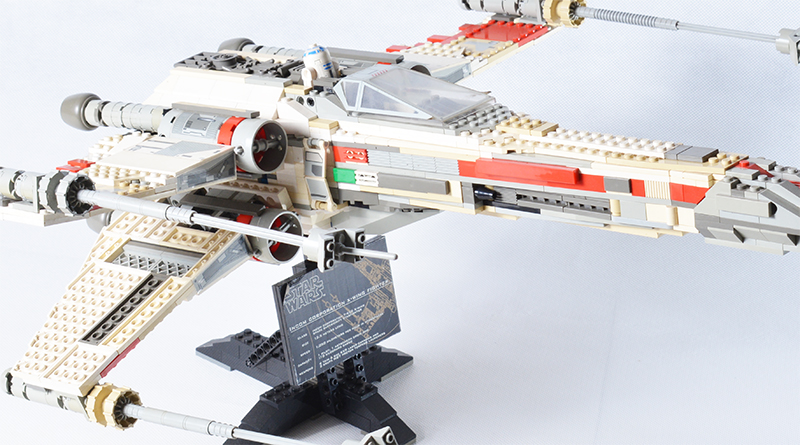 LEGO Star Wars 7191 X-wing Fighter made quite the splash when it was released in 2000. Just one year after introducing the Lucasfilm licensed theme, the LEGO Group knew that there was an entire group of consumers who would want super detailed versions of some of the saga’s most iconic ships – ultimate editions, if you will.

Released alongside 7181 TIE Interceptor (which bizarrely was released years and years before the standard TIE Fighter), it was the set launched the Ultimate Collector Series. Sold alongside regular minifigure scale sets, the focus solely on iconic classic trilogy ships was in contrast to the mixed prequel and original trilogy System waves.

Many collectors are sensible enough to only buy the Ultimate Collector Series sets, allowing them a more manageable and affordable collection. The release of these extra-detailed models was a key component into enticing lapsed LEGO fans back to the brick.

It is for these reasons, and many more, that Brick Fanatics Magazine selected 7191 X-wing Fighter as one of the five sets that define LEGO Star Wars. To celebrate 20 years of the classic theme, five sets were selected that best represent the variety, the quality and the icons that have been part of this long-running theme.

To find out what the other four sets are, plus the honourable mentions, order a copy of Brick Fanatics Magazine Issue 5. As well as the five sets feature, it includes the previously untold story of how the LEGO Star Wars theme came to be in the first place. For a monthly dose of printed LEGO goodness, start a great value subscription – in time for the upcoming The Rise of Skywalker issue.