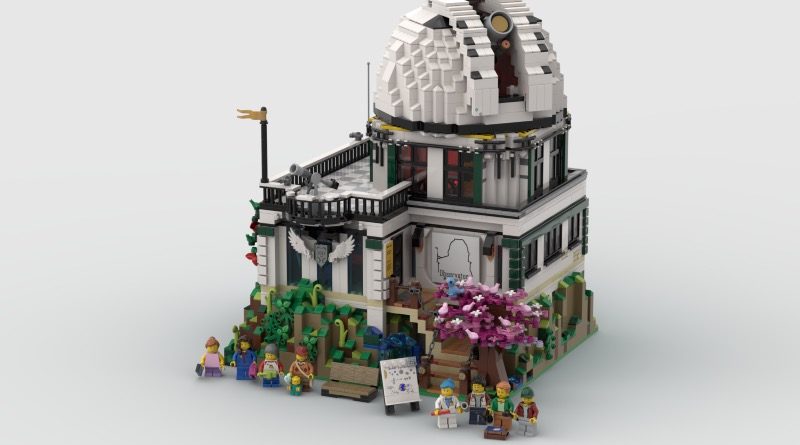 One of the eight rejected LEGO Ideas sets planned for the first crowdfunding phase of the BrickLink Designer Program has been shelved at the very last minute.

Pre-orders for ThomasW’s Mountain View Observatory were supposed to kick off tomorrow, July 1, alongside seven other models in the first of three crowdfunding phases in the BrickLink Designer Program. However, the secondary marketplace has now confirmed that the model will not be part of that initial batch of sets.

“Over the past weeks, we’ve been working hard to finish the details for the BrickLink Designer Program projects alongside the fan designers,” BrickLink shared on Instagram. “Unfortunately, we didn’t quite get there with Mountain View Observatory due to unforeseen complexities. This has caused us to have to change things a bit.

“We’re sorry to share that Mountain View Observatory won’t be available for pre-order in Round 1 of crowdfunding after all.”

Instead, ThomasW’s model – which has already been reworked substantially from the design he submitted to LEGO Ideas in February 2016, to better accommodate the 2021 part library – will be available ‘in a later round of crowdfunding’. Whether that’s the second or third round will be confirmed when the next one opens on September 1.

The first round, meanwhile, will commence as planned from tomorrow – only with seven projects, instead of the originally-planned eight. That includes EdouardClo’s Great Fishing Boat, which has finally moved from the ‘Test Building’ phase to ‘Production Ready’.

At the moment, BrickLink states five projects from this round will still go into production, despite the smaller pool to choose from. That means only two (rather than three) sets won’t make it past this part of the process. The five successful projects will be determined by which concepts are the first to reach a minimum of 3,000 backers, with pre-orders topping out at 5,000 per set.

For a closer look at each of the seven remaining projects in this crowdfunding round, hit the links below: